Malaika Arora wears pendant that says "AM", here is what the initials mean

LAHORE - Tevar actor appeared on Koffee with Karan with his sister Janhvi Kapoor. He spoke on various topics and one being, whether he is single or not. He simply replied he is not. Arjun is officially off the market, but the question is, with who?

Malaika posted a snap of her wearing a pendant that said "AM" or did it just look like it and was something else? 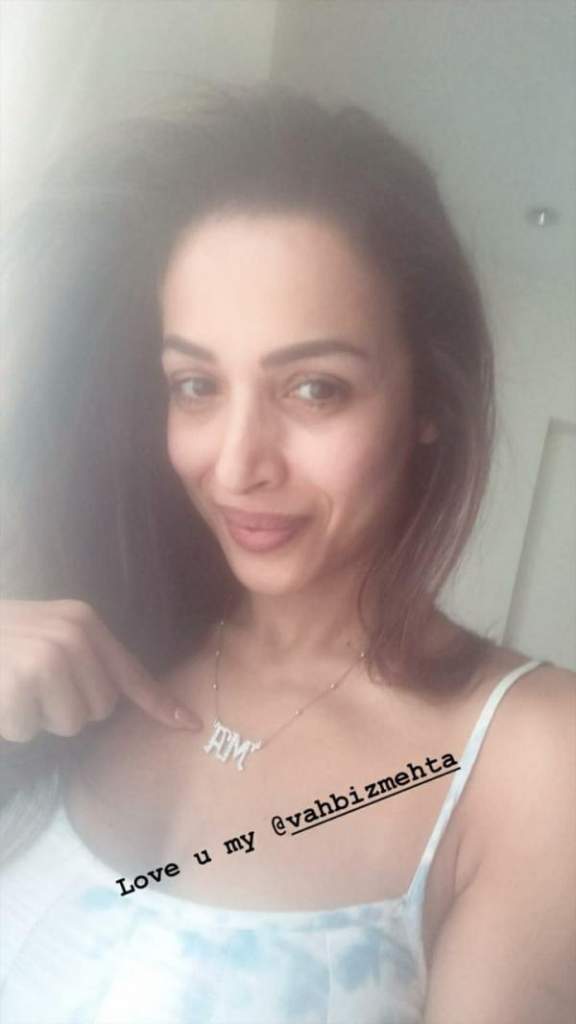 Well, people just assumed that the initials stood for 'Arjun-Malaika', the duo that is allegedly dating behind everyone's back.

The two have been snapped together multiple times and Malaika called Arjun's KWK episode HOT and HONEST.

However Malaika was quick to clear what the initials actually meant when she explained that her selfie was showing the initials in the wrong order as they were flipped!

In a proper photo you can see that the initials are 'MA' which stand for Malaika Arora!

Wow, social media jumps to conclusions faster than anything else in the world.