Editors for Safety to safeguard media from attacks 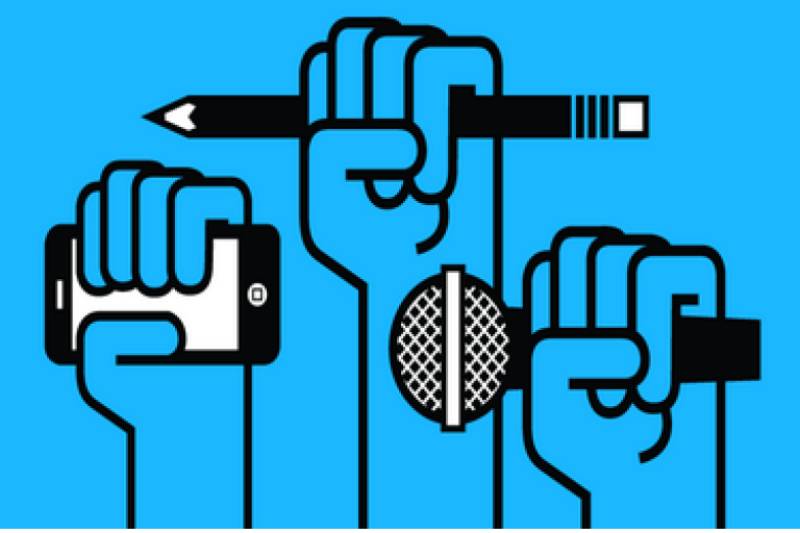 KARACHI (Staff Report) - Editors and news directors of newspapers and television channels have decided to formally establish Editors for Safety, an organisation focused exclusively on issues related to violence and threats of violence against the media in Pakistan.

Editors for Safety will focus on the alarming level of insecurity for media professionals and institutions in Pakistan. Zaffar Abbas, Editor, Dawn was elected as its first chairman during a meeting yesterday.

The basic ideology of Editors for Safety will be that an attack on one journalist or media house will be considered an attack on the entire media. Those in the organisation will assess such situations and jointly make decisions regarding media coverage of violence and threats of violence against any media house as if it was an attack against themselves.

Beyond coverage, Editors for Safety would also assist any journalist or media house that needs help in dealing with such issues by providing resources, sharing information and expertise, or reaching out to stakeholders involved.

The formal creation of Editors for Safety has ensured close, timely coordination between many newspaper editors and television news directors on cases of attacks/threats on media professionals, and has already resulted in improving the quality of media coverage of such attacks.

The decision has been taken so that media houses can speak with one voice against the prevalent culture of impunity where journalists across the country are being attacked on a regular basis, and perpetrators are rarely brought to justice.

The meeting decided to approach all newspapers editors and television news directors to join Editors for Safety.

Those who could not attend the meeting but have been part of the consultations on Editors for Safety, and have given their consent, include Arif Nizami (Pakistan Today and Channel 24), Rameeza Nizami (Nawa-e-Waqt/The Nation group), Kamran Khan (Duniya News), Kazi Abid (Ibrat) and Siddiq Baloch (Balochistan Express).

The meeting decided that Pakistan Press Foundation (PPF) would be the secretariat of Editors for Safety.