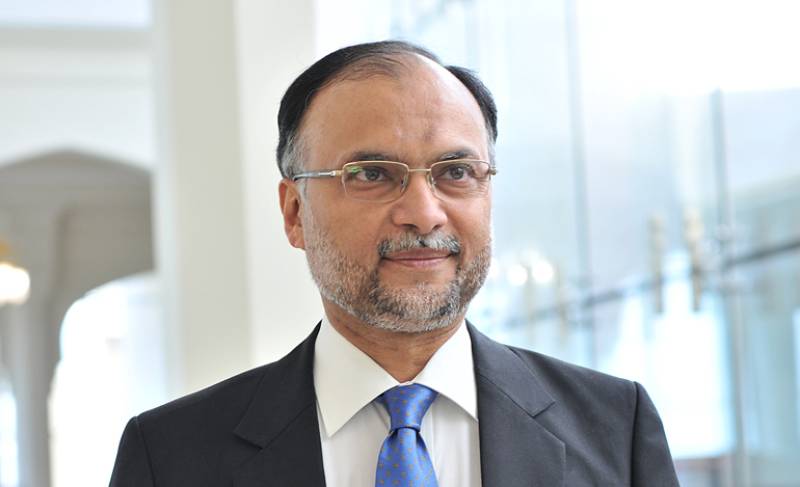 ISLAMABAD - Ahsan Iqbal, Minister for Planning and Development, has confirmed that working on three infrastructure projects under the China-Pakistan Economic Corridor (CPEC) has been halted as Chinese side has stopped releasing funds for them till the revision of the "financial mechanism".

The minister revealed this while giving a briefing to the Parliamentary Committee on CPEC during 25th meeting on Monday. The committee met under the chairmanship of Senator Mushahid Hussain Sayed.

According to a press release of Nationa Assembly, Ahsan Iqbal informed the committee, "Chinese side was reviewing the financial mechanism of these projects and these would be started upon receipt of approval from the Chinese side".

Dawn News claimed that Iqbal could not satisfy the committee members as to why the Chinese government had gone for a new financial mechanism and discarded the previous system, which was approved by both countries.

Earlier, there were reports that at least three road projects under the umbrella of the China-Pakistan Economic Corridor (CPEC) will face a delay as China has suspended funding till the issuance of new guidelines by Beijing.

ISLAMABAD – At least three road projects under the umbrella of the China-Pakistan Economic Corridor (CPEC) will face ...

The reports had claimed that China has stopped releasing funds for the 210-km Dera Ismail Khan-Zhob Road project, 136-km remaining portion of Karakoram Highway (KKH) from Raikot to Thakot and 110-km Khuzdar-Basima Road.

During the meeting, the minister also gave a briefing to the members regarding the Long Term Plan of CPEC which has been agreed to by both Pakistan and China at the last meeting of the Joint Cooperation Committee (JCC) on November 21, 2017.

He said that this plan was approved after an 18-month long consultation process and it was shared with all the provinces and endorsed it before it was sent to China and now it is an official document of the CPEC.

The minister further said that agriculture, poverty alleviation, tourism & culture and improvement in people’s livelihood had been added in the CPEC profile for the future to ensure the wellbeing of the local communities.