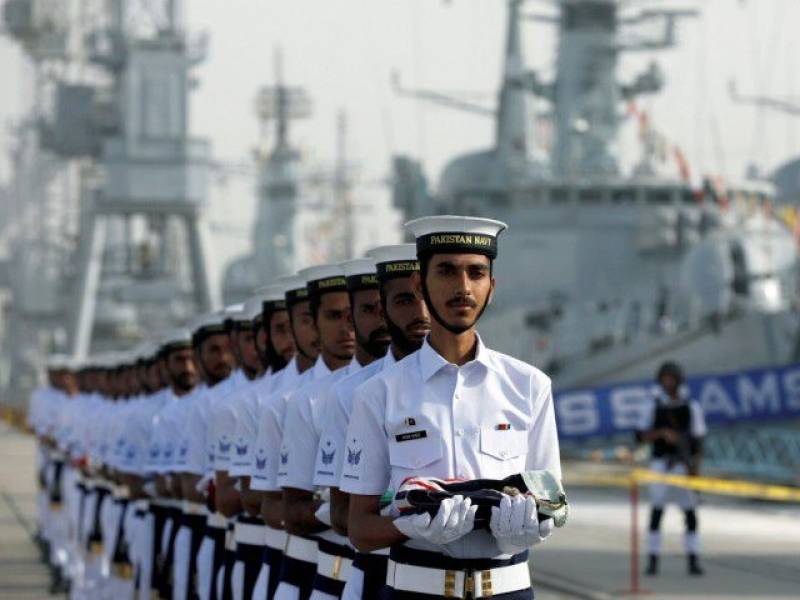 The exercise displayed a resolve of 46 countries under the title “Together for Peace” and Naval assets including ships, helicopters, Special Forces elements and observers participated in the exercise.

President Arif Alvi also attended the ceremony as he was welcomed by Chief of the Naval Staff Admiral Zafar Mahmood Abbasi and Senior Naval officers.

In his speech, the President congratulated Pakistan Navy for hosting the mega event and reaffirmed Pakistan's resolve for peace and security in the region.

Arif Alvi also appreciated the participation of large number of like-minded Nations and asserted that AMAN-19 will pave the way to make the region more peaceful and secure with combined efforts by all stakeholders.

He reiterated the need for strategic cooperation to counter transnational maritime threats and encourage safety, security and stability in the region.

AMAN-19 was conducted in two phases; the harbour phase continued from 08-10 Feb and the sea phase from 11–12 February.

The exercise was initiated in 2007 and is conducted after every two years. The principal purpose of this exercise is to provide a forum for an understanding of each other’s maritime concepts and operational cultures and come up with ways and means to combat common threats at sea.