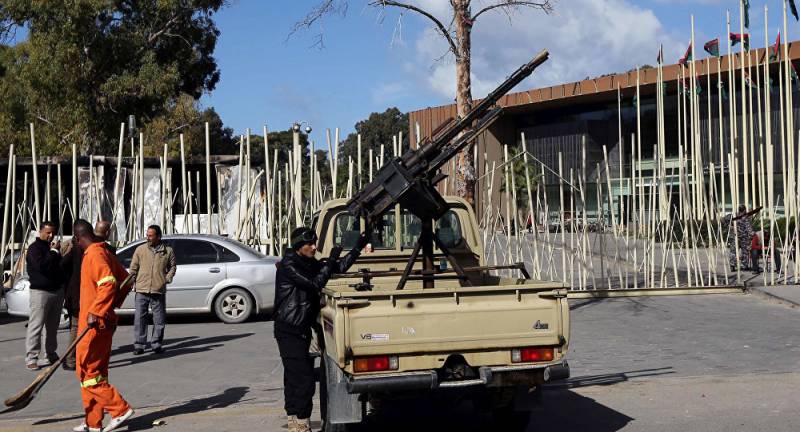 According to Al Arabiya, the ministries of Defence, Justice and Economy were overtaken in Tripoli.

The Saudi-owned news site did not elaborate on which armed groups were responsible for the takeover.

Earlier this month, a deputy leader of Libya’s Government of National Accord (GNA) announced his resignation, saying the UN-backed administration had failed to tackle urgent problems arising from years of conflict and political disarray.

Libya has been in a state of turmoil since 2011, when a civil war began in the country and its longtime leader Muammar Gaddafi was overthrown. In December 2015, Libya’s rival governments — the Council of Deputies based in Tobruk and the Tripoli-based General National Congress — agreed to create the Government of National Accord (GNA), to form the Presidency Council and to end the political impasse.

On March 31, the long-anticipated the UN-backed GNA in Libya started to perform its duties.