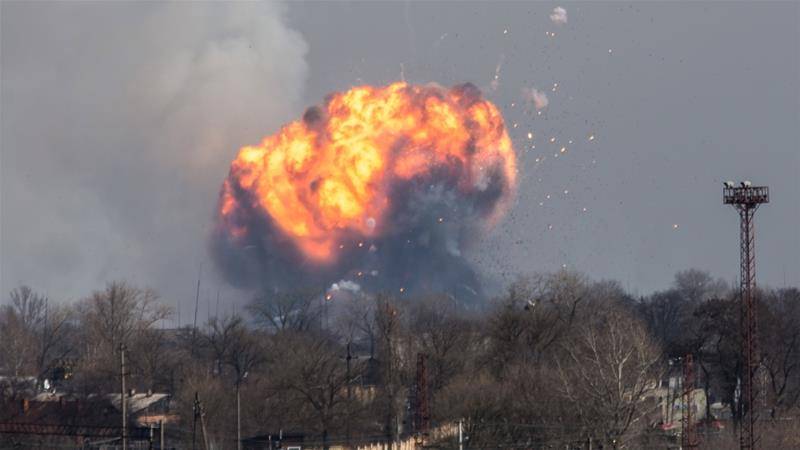 SABOTAGE - A series of explosions at a massive arms depot in eastern Ukraine triggered mass evacuations here on Thursday.

According to Ukranian authorities some 20000 people would have to be relocated in order to avoid the catastrophe that resulted after a dump used to store thousands of tonnes of ammunition including missiles and artillery weapons was exploded.

The total area of the dump spans more than 350 hectares, the military says. Everyone within a 10km (6 miles) radius of the dump is being evacuated, the Interfax news agency quoted an aide to President Petro Poroshenko as saying.

According to media reports, Munitions from the depot are used to supply military units in the conflict zone in nearby Luhansk and Donetsk.

Defense Minister Mr Poltorak said that there were no reports that civilians or serviceman had been killed or injured in the latest incident and that airspace had been closed within a 50km (31 miles) radius of Balakliya.

Dramatic footage shows scores of rockets flying over the city.