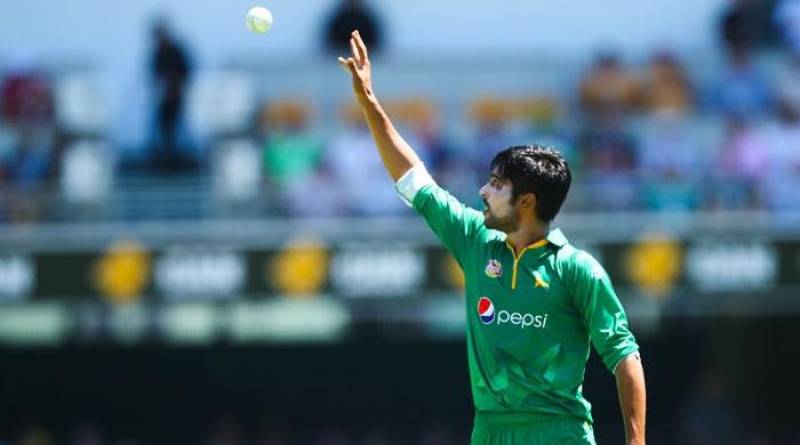 BRISBANE - In reply to Australia's 269 runs, Pakistan were bowled out for 176 as Australia won the first ODI by 92 runs on Friday.

Imad Wasim's showed some resistance but it came to an end at 29 while Azhar Ali also fell soon after on 24. Opener Sharjeel Khan fell for 18 while Mohammad Hafeez departed for 4.

Captain Azhar Ali was forced to retire hurt, dealing the tourists another blow but he returned later.

Earlier wicketkeeper Matthew Wade hit a run off the last ball to reach a century as Australia scored 268 for nine off their 50 overs.

Now with Daily Pakistan you can watch Pakistan vs Australia first ODI Live Streaming. In addition to watching the match live streaming, Daily Pakistan also has a real-time updating Live Score Widget, in addition to other details like Time, Squads, TV listing etc. No other newspaper covers Pakistan Cricket like we do!

Shoaib Malik has a throat infection and missed the opening game with all-rounder Mohammad Hafeez returning to the Pakistan side.

Azhar Ali leads a Pakistan one-day team that has lost its last five matches against Australia.

Star Sports Select HD 2 will telecast live action for viewers in Pakistan, India, Sri Lanka and Bangladesh, while Channel Nine will broadcast in Australia, BT Sport in the UK and Willow Sports in the US.

The tourists are facing back-to-back setbacks as Sarfraz Ahmed, the wicketkeeper-batsman and vice-captain, has flown back home after his mother was admitted to the intensive care unit of a private hospital in Karachi with a serious illness.

"Kamran Akmal is likely to replace Sarfraz, who will take the first available flight back home," local media reported on Wednesday.

Junaid Khan, who was named as a replacement for Irfan, is set to join the team today.

Mohammad Hafeez, who has returned to the Pakistan ODI set-up after his inclusion was requested by captain Azhar Ali and coach Mickey Arthur, also joined the team yesterday.

Pakistan, who were whitewashed in the three-match Test series against Australia, play their second ODI in Melbourne on January 15, followed by visits to Perth, Sydney and Adelaide on January 19, January 22 and January 26 for the remaining games.