Children transform themselves through filmmaking at Sharjah Children’s Reading Festival 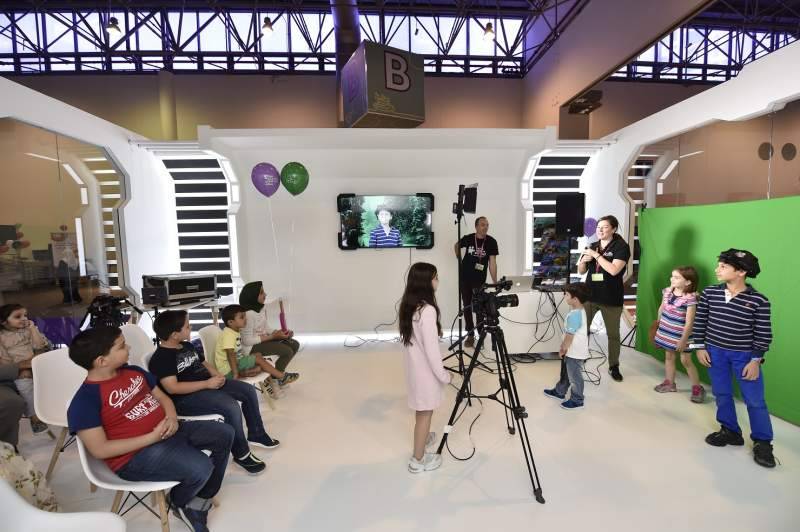 SHARJAH - Children were given a taste of filmmaking on the fifth day of the Sharjah Children’s Reading Festival, which runs until April 28 at Expo Centre Sharjah.

The hour-long Green Screen workshop was part of the 10th edition of the festival, themed ‘Your Future… Just a Book Away’. 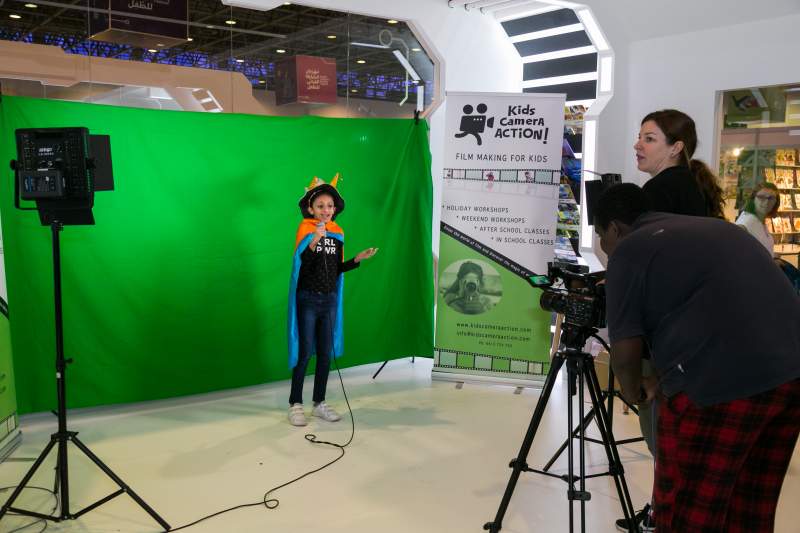 Children, aged five and above, were given up to six different costumes to choose from before creating a scenario in front of a green screen. As instructors superimposed their image on the back of the green screen, the youngsters were able to see themselves in different situations on television.

From news reporters to fairytales and haunted houses, the children were able to dive into a magical world, in which they were the main actors. 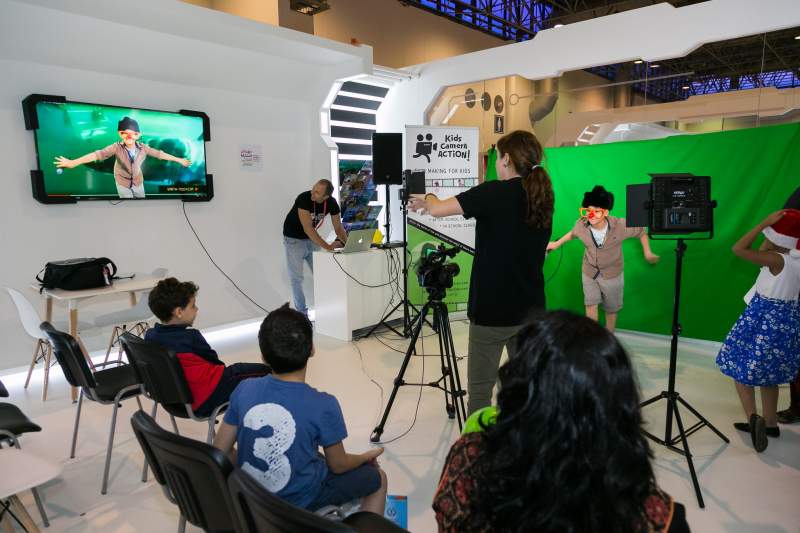 Older youth were also told about cameras, different angles, and the filmmaking industry. “Children are mesmerized by moving images and screens these days so we’re just explaining some of the magic,” said Chloe Gardner, owner, and director of Kids Camera Action. “Whilst they can still be immersed in a beautiful story in a film, we’re giving them a few hints about how that magic happens.”