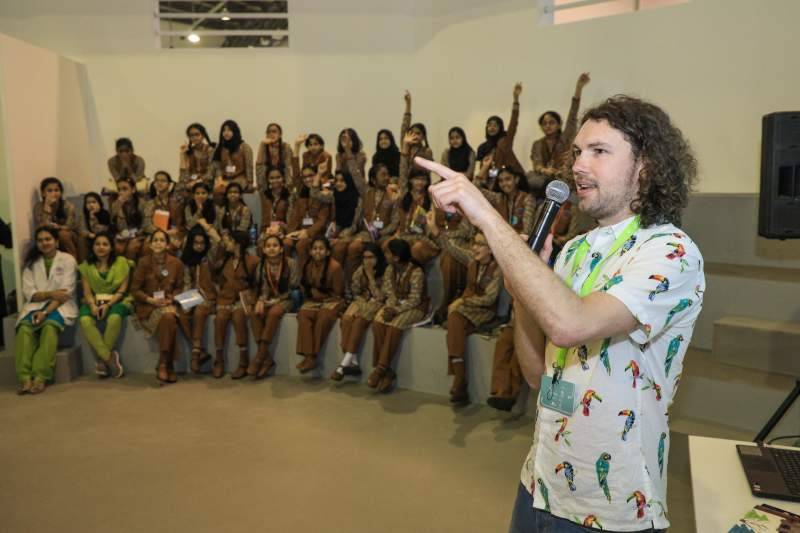 SHARJAH - A room full of captivated schoolchildren took an active role in a book reading and story creating session. The youngsters growled and roared their way through a session with British children’s author and illustrator Karl Newson.

He initially read two of his short stories ‘Here Comes the Sun’ and ‘A Bear is a Bear (except when he’s not)’ before encouraging the children to develop their own story.

They brainstormed a scenario and were taken through the creative process by choosing the location and plot for the story.

He rediscovered his love of books and stories following the birth of his two sons and would read to them regularly. 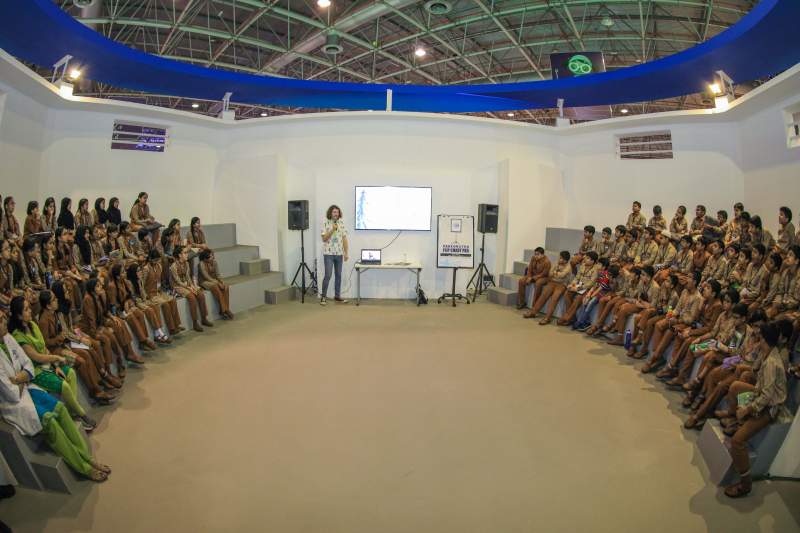 He then started to write as much as he could before becoming a published author in 2017.

The workshop at Cultural Lab 2 took place during the 10th edition of the festival, which runs until April 28 at Expo Centre Sharjah and is themed ‘Your Future… Just a Book Away’. A range of panel discussions and workshops will run daily during the course of the festival.