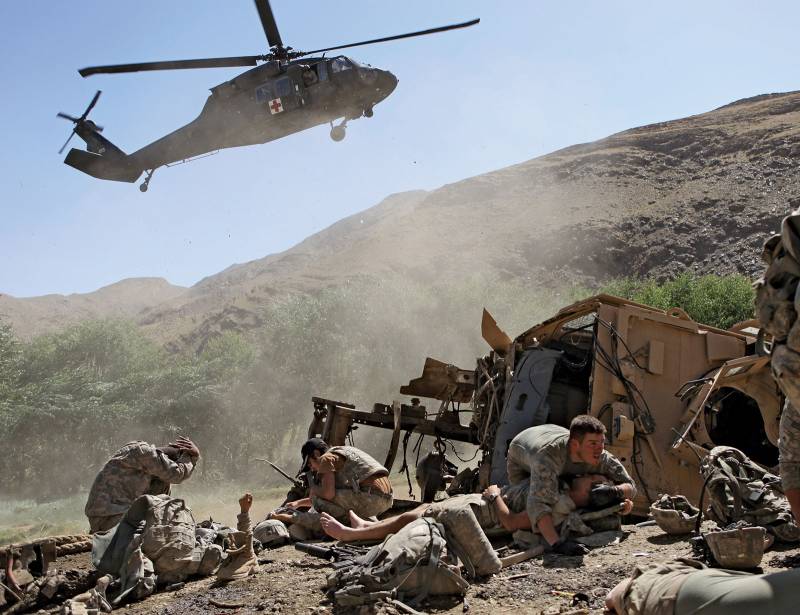 KABUL – Two US service members were killed and two others wounded in an explosion in Afghanistan's southern Kandahar province on Saturday, the coalition forces have confirmed.

The service members were conducting operations as part of Resolute Support mission, the brief statement added.

The statement did not provide details only saying "in accordance with US Department of Defense policy, the names of the service members killed in action will be withheld until 24 hours after notification of next of kin is complete."

Taliban militants have claimed responsibility for the attack. Zabiullah Mujahid, a purported Taliban spokesman, wrote on Twitter that insurgents conducted a roadside bombing against foreign forces near an airbase on the outskirts of provincial capital Kandahar city.

Violence in Afghanistan usually recedes as the cold winter sets in but this year the Taliban have pushed forward with their operations despite heavy snowfall in the mountains - and despite their negotiations with the US for a deal that would see American troops leave the country.

According to parts of the deal made public so far, the Pentagon would pull about 5,000 of its 13,000 or so troops from five bases across Afghanistan, provided the Taliban sticks to its security pledges.

The insurgents have said they will renounce Al-Qaeda, fight the Islamic State group and stop jihadists using Afghanistan as a safe haven.

Last year was the deadliest for US forces in Afghanistan since combat operations officially finished at the end of 2014, highlighting the challenging security situation that persists.

More than 2,400 US troops have been killed in combat in Afghanistan since the US-led invasion in October 2001.