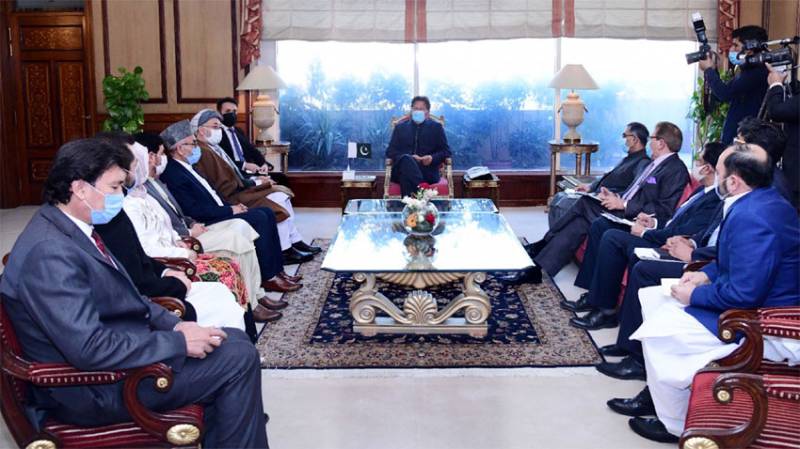 ISLAMABAD – Prime Minister Imran Khan has expressed Pakistan's commitment to strengthen the bilateral relationship with Afghanistan, including trade and economic ties and people-to-people linkages, according to an official statement.

Talking to leader of Afghanistan's Hezb-e-Wahdat-e Islami Ustad Karim Khalili in Islamabad on Tuesday, he underscored his longstanding position that there is no military solution to Afghan conflict and a negotiated political settlement is the only way forward.

The Afghan people have suffered gravely due to prolonged conflict in the country, the Pakistan premier said.

He reiterated Pakistan's consistent support to the Afghan peace process, and underscored that the Intra-Afghan Negotiations process must be pursued with perseverance and patience for an inclusive and broad-based solution.

The exchange of views covered progress in the Afghan peace process and bilateral relations between Pakistan and Afghanistan.