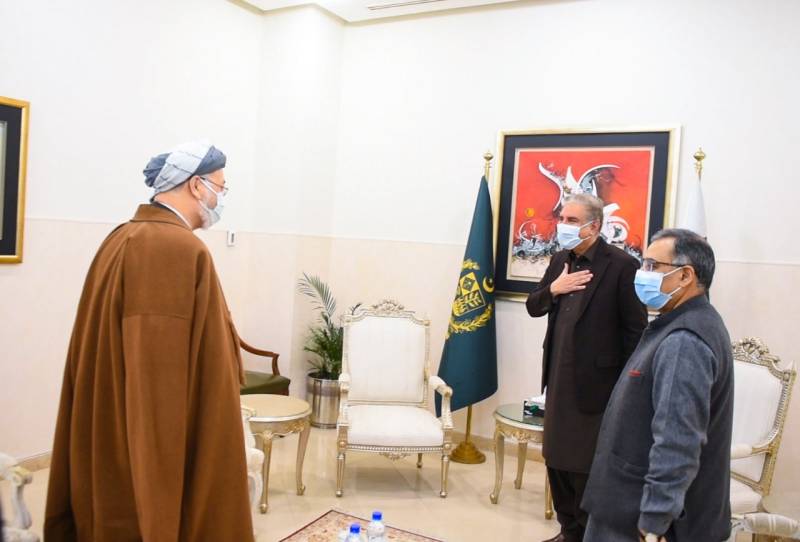 ISLAMABAD – Mohammad Karim Khalili on his visit to Pakistan called on Pakistan Foreign Minister Shah Mahmood Qureshi on Tuesday (today), both discussed on the Afghan peace process and stability in Afghanistan.

During the meeting, the Foreign Minister reiterated Pakistan’s consistent support for a peaceful, stable and prosperous Afghanistan. Qureshi underscored that after the Afghans, Pakistan was the country most desirous of peace in Afghanistan.

During the meeting, FM Qureshi reiterated that India is acting as a spoiler in Afghanistan, adding that Pakistan has presented evidence to the international community in this regard.

ISLAMABAD – Pakistan has strongly condemned the use of Afghanistan soil by terrorists, Foreign Office ...

The return of Afghan refugees to their homeland was also been discussed in the meeting.

Qureshi also briefed the Afghan delegation about Pakistan's new visa policy to facilitate the Afghani nationals. Pakistan is taking all possible steps for the promotion of bilateral relations between the two countries, he added.

ISLAMABAD – Pakistan welcomes the beginning of the second round of Intra Afghan negotiations in Doha. In a ...