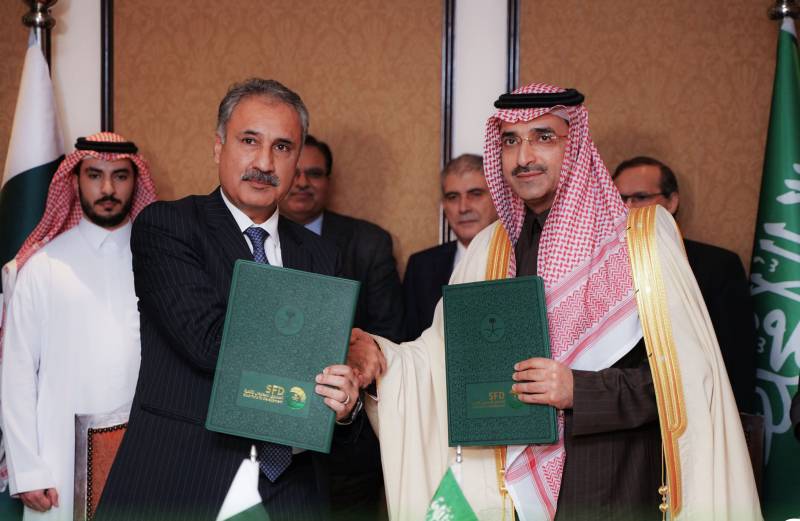 ISLAMABAD – Saudi Arabia has signed an agreement with Pakistan to finance the oil derivatives worth $1 billion to the South Asian nation.

In a statement, the Economic Affairs division said Islamabad and Riyadh signed a pact to finance oil derivatives worth $1 billion in the presence of officials from friendly nations.

Secretary Ministry EAD said the recent agreement was an extension of signed pacts to finance oil derivatives in Pakistan. Saudi Fund for Development put $1.4 billion to cater more than 40 projects and programmes aimed to augment financial stability in the cash-strapped country, he said.

The Chief of the Saudi fund mentioned Kingdom’s continued commitment to supporting the brotherly nation.

The recent development comes days after Pakistan's Army Chief completed his weeklong tour of Saudi Arabia and the UAE, which was said to be 'economic diplomacy' to ease the ongoing crisis, that worsened over the last couple of months and now the sword of default is hanging over Pakistan.