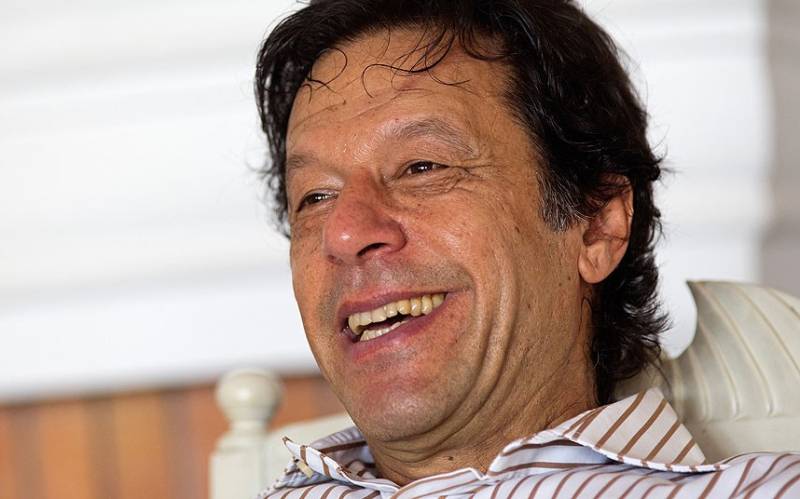 LONDON - Chairman of the Pakistan Tehreek-e-Insaf Imran Khan, a two-time divorcee, is reportedly gearing up for a third marriage, according to media reports released today, only days after the PTI leader told an Indian media outlet that he was open to tying the knot again.

According to multiple media reports, the cricketer turned politician married a woman after consulting his spiritual adviser, Bushra alias Pinky. The spiritual consultant had reportedly told Khan that he would never become Prime Minister unless he tied the knot again.

The 63-year-old cricketer-turned-politician, in a recent interview with the Hindustan Times, had said that he would most probably marry again and giving up was not in his blood.

"I am 63 years old and have been married for only 10 years, but I am more of a staunch believer of marriage now [after two divorces] than I ever was," Khan said.

Till now, only scant information is available about Khan's reported marriage. At least one Twitter user, claiming to be a relative of Khan's spiritual adviser, has confirmed the news; however, even he is not sure about the identity of Khan's new alleged wife.

Let me clear the air. Imran khan's spiritual leader is my relative. She is getting him married but im sure the girl isnt from Maneka clan.

Imran Khan is in London nowadays to meet his sons.