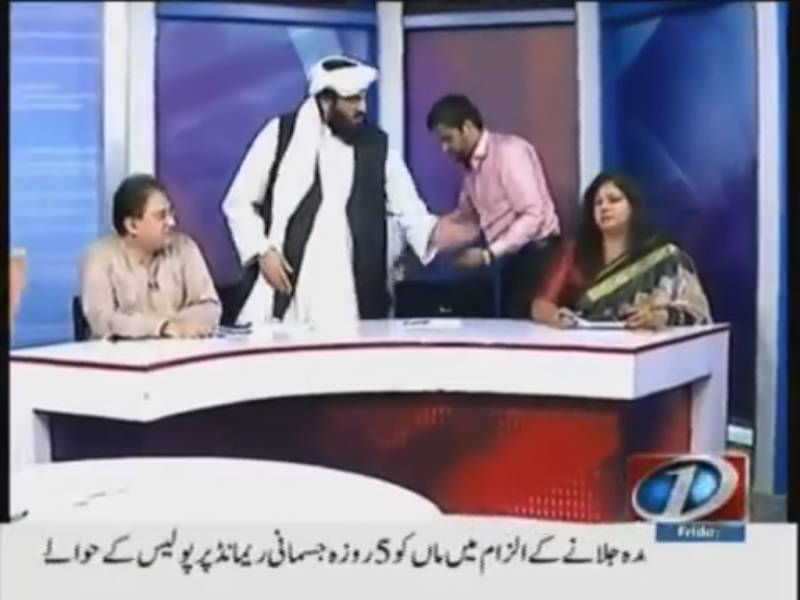 According to a notice issued to the channel, the media regulator has called for an explanation for airing the heated verbal exchange on June 17. It warned the news organization of a Rs. 1 million or cancellation of the talk show, in case of non-compliance.

The talk show host has been accused, in the notice, for not exercising control over guests during the verbal duel between the two participants.

“The threats and insults were deliberately allowed to escalate to the point that Hafiz Hamdullah may have physically attacked Marvi Sirmed had another guest not intervened,” the notice read.

“This was extremely irresponsible, insulting and unprofessional behavior, and clips of the episode make it clear that this was done on purpose to score cheap ratings at the expense of the dignity of the guests, which is contrary to journalistic ethics.” 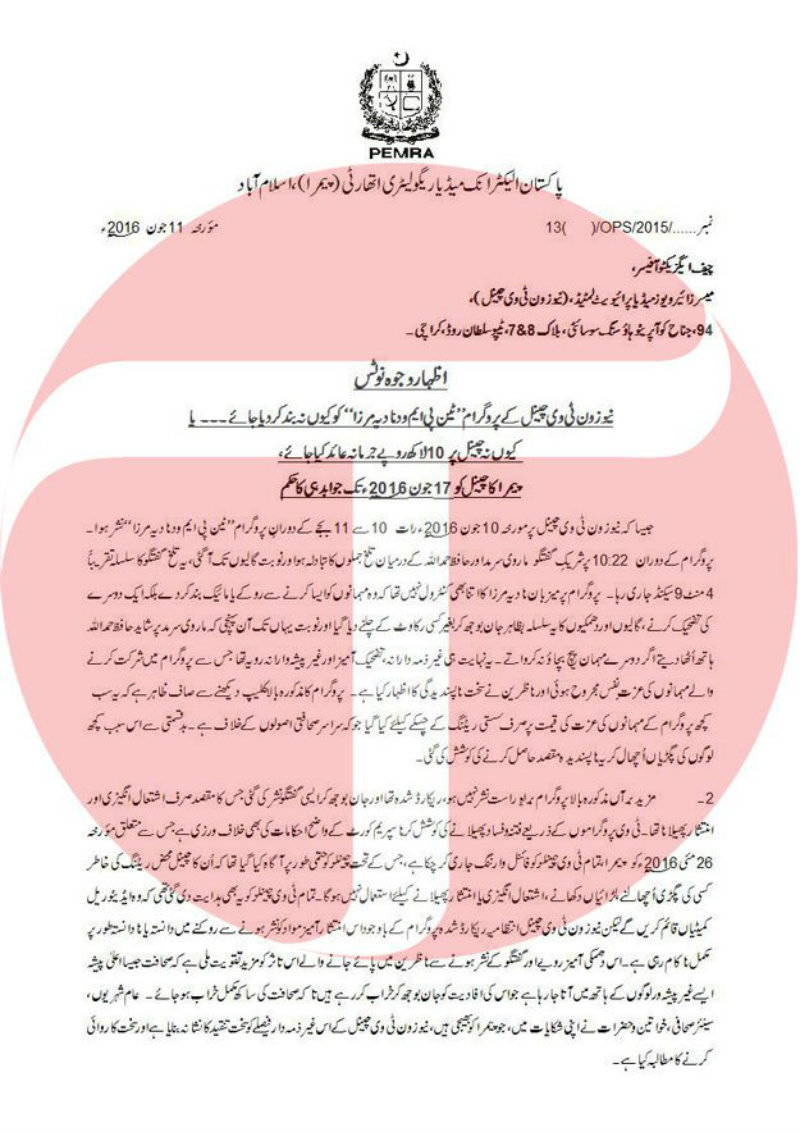 The JUI-F senator, Marvi Sirmed, Barrister Masroor and Pakistan Tehreek-e-Insaf (PTI)’s Fayyazul Hassan Chohan were guests on a show aired by NewsOne on Friday to discuss recent honor killings, women protection laws and the role of the Council of Islamic Ideology (CII).