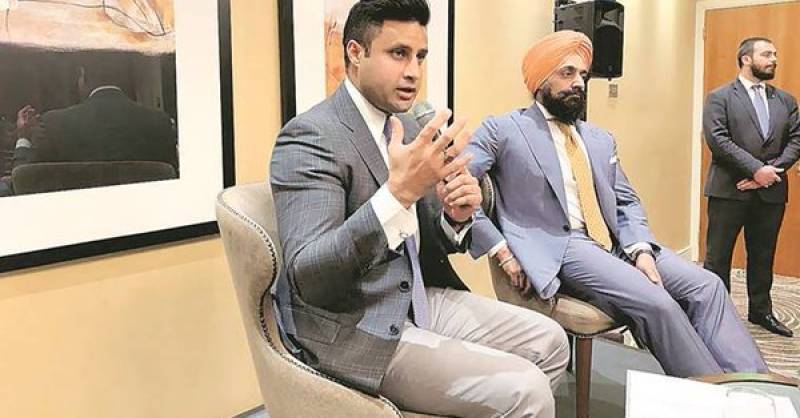 LONDON – The Peter Virdee Foundation (PVF) and some Sikh businessmen, living in the United Kingdom have announced to donate £500 million (Rs 96.5 billion) to refurbish and restore their religious sites in Pakistan.

The commitment was made by the PVF, a non-governmental organization, working for marginalized sections of the society, in a meeting with Chairman National Tourism Coordination Board (NTCB) Sayed Zulfikar Abbas Bukhari in London.

Pleasure was all mine. Thank you so much for coming and supporting this great cause. I look forward to seeing you in Pakistan very soon. Sikhtourism#Pakistantourism#unity https://t.co/BckyYtQfvZ

Zulfikar Bukhari, talking to APP by phone from London, said the PVF’s announcement for setting up the £500 million fund depicted how the Pakistan government was channelising available resources for effectively promoting religious tourism in the country.

Sikhism in the area of present-day Pakistan has an extensive heritage and history, although Sikhs form a small community in Pakistan today. After the Partition of India in 1947, the minority Hindus and Sikhs migrated to India while many Muslim refugees from India settled in Pakistan.

According to the Government of Pakistan's National Database and Registration Authority (NADRA), there were 6,146 Sikhs registered in Pakistan in 2012. Other sources, including the US Department of State, claim the Sikh population in Pakistan to be as high as 20,000.