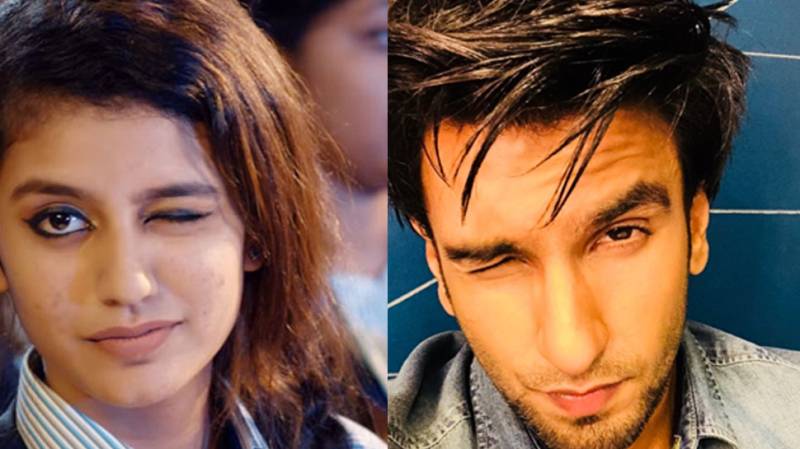 MUMBAI - The girl who took over the Internet by storm is now making her way into Bollywood with the same pace. Internet sensation Priya Prakash Varrier is said to have landed a role opposite Ranveer Singh in Rohit Shetty’s upcoming film 'Simmba'.

According to Deccan Chronicle, a source has quoted "The girl's role is not so big in the film. But Priya has become an overnight craze with the wink of an eye. Bollywood is interested in her. And who better equipped to consolidate Priya's supremacy in the virtual world in the arena of cinema than Karan Johar?"

Simmba is being directed by Rohit Shetty and co-produced by Karan Johar’s Dharma Productions, with Ranveer in the lead role of an eccentric cop.

Earlier, Priya had told her love for Ranveer Singh as a fan.

If the news is to be true, the two sensations will be sharing the screen with a crackling chemistry very soon!