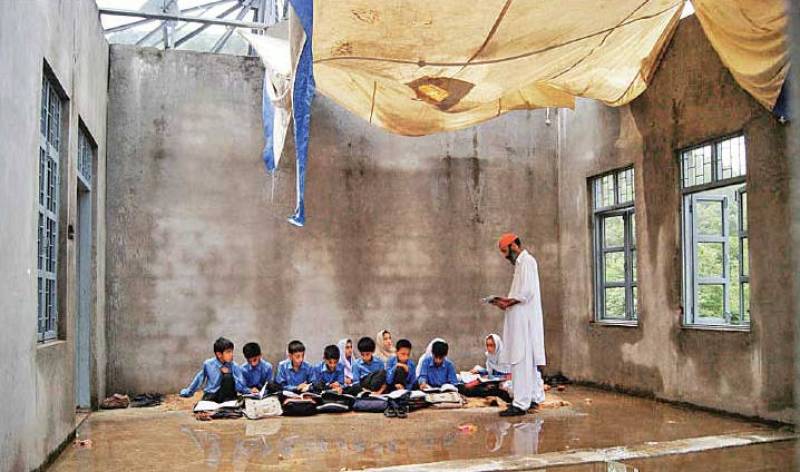 The scientific research contributes to a body of science by implementing the scientific methods. It plays a vibrant role in education, strategic planning, decision makings, socio-economic progress along with deep-rooted developments.

Science and technology are fundamental drivers to progress, because technological and scientific uprisings underpin economic advances, infrastructure, improvements in health and educational systems which are the basic human rights of each inhabitant toward Government. The groundbreaking research in science and technology contributed to increase the living standards and an excellence of life. For instance, robotics, cyber security, battery-less smart devices, sensors in the vehicles and cloud computing are the discoveries due to the research in the field of computer science.

In this modern era, the Muslim countries are lagging behind the world in the field of science and technology due to that no new discoveries made by the Muslim World during last 300 years. The few outstanding Muslim inventions that shaped our World are algebra, camera, clocks, coffee, universities, flying machines, surgical instruments, maps, music, etc are summarized from “1001 Inventions”, a book celebrating the forgotten golden history of 1,000 years of Muslim civilization.

The knowledge and number of inventions that instigated from the Muslim world during the Golden Age of Islam were truly astounding and influenced so much of the present day technological advancements. This current unwanted situation of Muslim declination is owing few pertinent causes such as following incorrect doctrine, obsolete curriculum from primary to university, lack of state-of-the-art universities, less spending on R&D, no easy access to education for poor people, no attention toward internationalization of education, lack of uniform education system across the country, corruption, destabilization, economic and poverty problems.

In addition to that the priorities of most of the rulers of Muslim countries are not inclined towards education, science and technology. For instance, the oil rich states like Kuwait, Qatar and Saudi Arabia, whose economies are comparable to those of the Western nations, spend only between 0.5 to 1% of their Gross Domestic Product (GDP), on Science which is significantly less of the 2.3% developed nation average. The number of scientific researchers (PhD degree holders) in the Organization of Islamic countries (OIC) is also low, with an average of 500 researchers per million, which is miniature, compared to the average of over 5000 per million people, in Finland, Iceland and Japan.

If we look at the elected leaders of most of the Muslim countries with few exceptions such as Saudi Arabia, Turkey and Malaysia and their level of competences, there is no ray of hope with the present set up to bring massive reforms in their educational systems to compete the world unless they place the education at their top primacy.

According to the vision 2030, Saudi Arabia is striving to reduce its dependence on oil and converting from oil kingdom to knowledge-based economy, expand its economy, and develop public service sectors such as health, education, infrastructure, recreation and tourism.

The billion dollars’ question arises here, “is our educational system comparable to any developed country in Asia or Europe”? Do we want to understand this phenomenon that the role of teachers is paramount in improving the educational standards?

According to a research conducted in 2013 by Peter Dolton, author of the Global Teacher Status Index, which ranks the status of teachers in different countries, shares his theories on what influences respect for teachers, he concluded that there is a remarkable link between the level of teachers' salaries in a country and their educational track record. Like teachers in China given highest level of public respect.

The former UK education minister, Lord Adonis said, "To recruit the brightest and best, teaching needs to be a high status occupation, and we need to understand better what contributes to the social standing of teachers," In both Korea and Finland though, education is held in high regards and teachers are treated with great respect as the doctors or lawyers are revered in the West.

The Muslim countries should transfigure education by benchmarking the top 10 schools and universities from Asia and West. There should be country level collaboration agreements between the Governments of aforementioned selected schools and universities to bring massive reforms in the syllabi from primary to university levels. The MoUs must be signed with immediate startup for the transformation of technology in all fields, creating curriculum with meaning and purpose, students’ exchange programs, twinning programs, students’ career counseling offices, training of teachers, enhancement of examination/evaluation systems, joint scientific research projects, scientific discussion forums (seminars or workshops), provision of latest technology in classrooms and science laboratories, etc. Education reform comprises any planned changes in the way an academic institution system functions, from teaching and research methodologies to administrative processes.

In case of Pakistan if we look at the political system, the Prime Minister (PM) is elected by the majority members of national assembly (MNA). In response, the PM is compelled to allocate them various ministries regardless of their level of education to those MNAs who vote him to get majority.

As the new PM acknowledged education reforms the main schema of his government but until now no initiatives are forefront. There should be a uniform education system at all levels to minimize the differences between a student of Government school and a high standard private school for uprising the education standards equally. This will definitely diminish the difference between a $10  education and a $10,000 education. It can be an effective tool to decrease the inferiority complex between the students studying in Government and highly paid private schools and will uplift the standard of education across the country.

The PM is supposed to develop three highly dynamic and autonomous committees of educationists for; (a) primary, (b) high school and (c) college and university levels. These committees should report to PM after every three months about their performance, initiatives and action plans. In addition to that, PM should appoint at least two advisors for the ministers of education at provisional and federal levels – a MS qualified advisor who would advise in policy making till high school level and a PhD degree holder advisor for college and university level matters (higher education & R&D, globalization of education, research projects, seminars, workshops, training activities, etc).

Extensive educational reforms are direly needed in Pakistan from primary to university level education with uniform smart education system according to the need of country. The designing and/or up gradation of innovative primary and high schools, creating an indicator of classroom coverage of Science, Technology, Engineering, and Math (STEM) at college levels are required.

The collaboration between universities and industries is also crucial for skills development (education, training and curricula development accordingly) and commercializing the innovative ideas (transfer of university generated patents to firms via licensing) and technology transfer, and promoting the entrepreneurship (start-ups and spin-offs).

The university-industry partnership may also develop the significance of research carried out in public institutions, foster the commercialization of public R&D outcomes, and increase the kinesis of labor between public and private sectors which is evident in developing countries like Chile and Colombia.

The Governments must confiscate the obstacles in university-industry collaboration as part of a broader science, technology, and innovation policy program. Moreover, the Government must build Science and technology parks to stimulate economic growth of the country and to turn it into a vibrant knowledge-based economy in the 21st century.

Dr. Muhammad Talha is Riyad-based Pakistani educationist and can be reached at talhauppal@gmail.com