ISLAMABAD – Sadiq Sanjrani of the ruling alliance has defeated Syed Yousuf Raza Gilani of the opposition parties to take the top seat at the lower house of Pakistan's Parliament.

Sanjrani secured 48 votes to become Senate Chairman, while Gillani bagged 42 in the crucial Friday's election. Eight of the 98 votes in total were rejected, including one that had a stamp on both names. 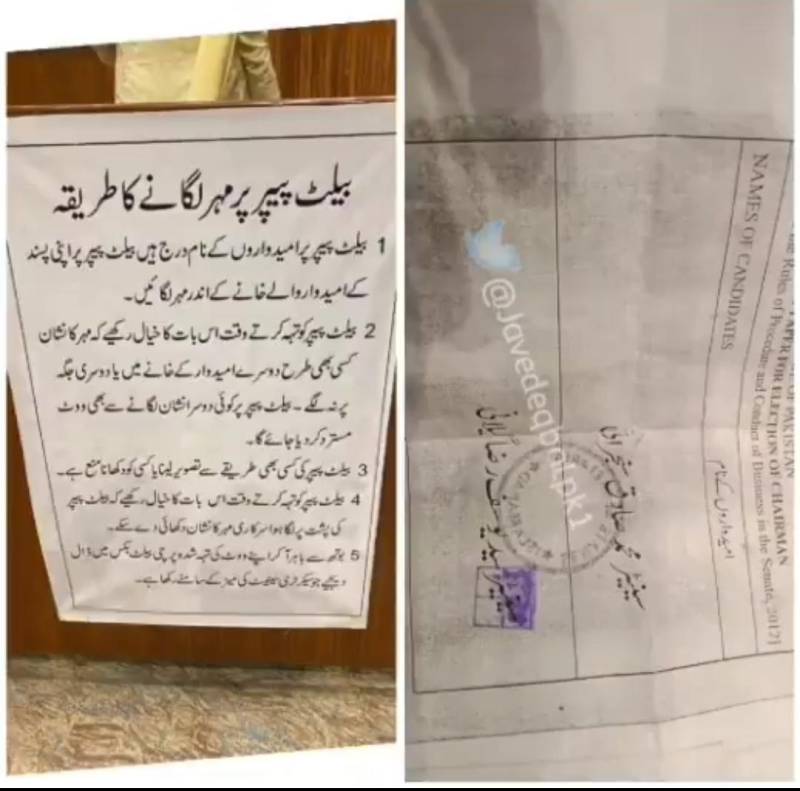 First vote was polled by Maulana Abdul Ghafoor Haidri while a total of 98 lawmakers cast their votes.

The took place through a secret ballot. The winning candidate is due to take the oath soon.

Later, the election for the seat of Deputy Chairman Senate will be held. For the seat, the contest is between Mirza Muhammad Afridi of the ruling alliance and Maulana Abdul Ghafoor Haideri of the opposition parties.

Earlier, as the House reassembled, the presiding officer directed the formation of a committee comprising three senators each from the treasury and opposition benches to hold inquiry into the recovery of secret cameras from the House.

ISLAMABAD – Pakistani Senators and the leaders from both government and opposition leaders were surprised to ...