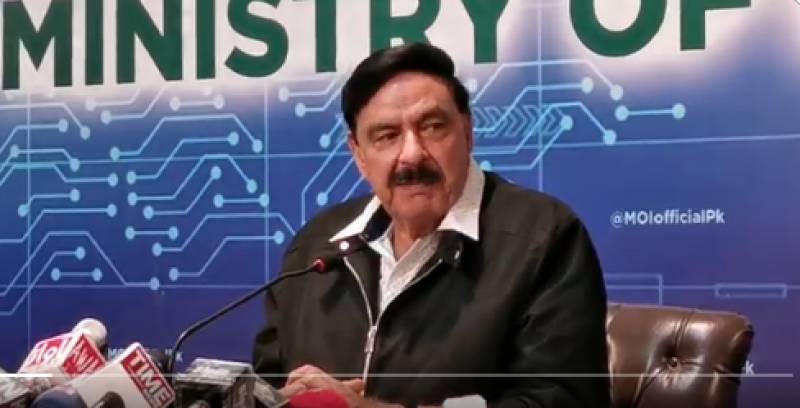 As the joint opposition's no-confidence move against Prime Minister Imran Khan has triggered a new wave of verbal attacks by the rival political leaders, the interior minister told journalists in Quetta on Saturday he wasn't among those allies who "blackmail" Prime Minister Khan to grab the top slot in Punjab.

In an apparent reference to PML-Q leaders who have reportedly sought removal of Sardar Usman Buzdar as Punjab chief minister and appointment of Chaudhry Pervaiz Elahi to the top slot, the interior minister said, "I am not like those who have five seats and blackmail the premier to assume the chief minister's office."

He said he would stand firm "like a wall" to defend the prime minister in the face of a no-confidence motion. "I am not responsible for others," he said.

The interior minister said the Balochistan Awami Party (BAP) was "fully" behind the prime minister. He warned that army could be called in to restore peace if the opposition creates a law and order situation.

Responding to the interior minister's remarks, Federal Minister for Water Resources Chaudhry Moonis Elahi, a key leader of the PML-Q, said he respected Sheikh Rasheed but he should not forget his past.

"Sheikh Rasheed might have forgotten that leaders of [PML-Q] today are the ones who used to give him money when he was a student," the federal minister said.