PNS Zulfiquar arrives in Singapore to partake in IMDEX Asia 2017 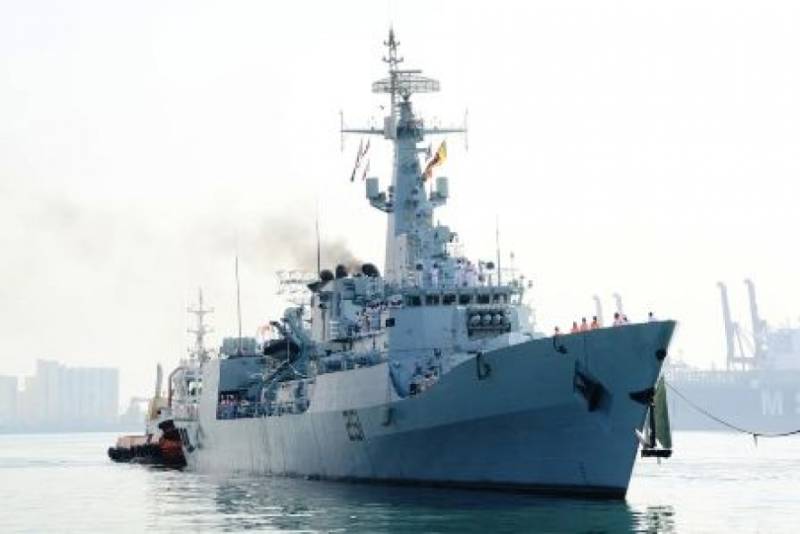 SINGAPORE - Pakistan Naval Ship PNS Zulfiqar, commanded by Captain Faisal Javed Sheikh, arrives at the Republic of Singapore from Colombo to take part in the International Maritime Defence Exhibition (IMDEX) Asia- 2017. The IMDEX is part of a series of events planned by the Singapore Navy to celebrate its Golden Jubilee.

Pakistan Navy Ship Zulfiqar is the pioneer ship of the sword Class, F-22P Frigate Project. The steel cutting of the ship was held on 10 Oct 2006. The keel of the ship was laid on 24th July 2007 and was subsequently launched on 7th April 2008 for sea trails. The ship is fitted with state-of-the-art weapons and sensors and carries a Z9EC helicopter. The F-22P Project encompassed construction of 3 frigates in China while the fourth one was constructed at the Karachi Shipyard.

A number of activities of mutual interest are planned between the two navies during the visit, including a reception on board the PNS Zulfiqar on May 17, 2017.-Online