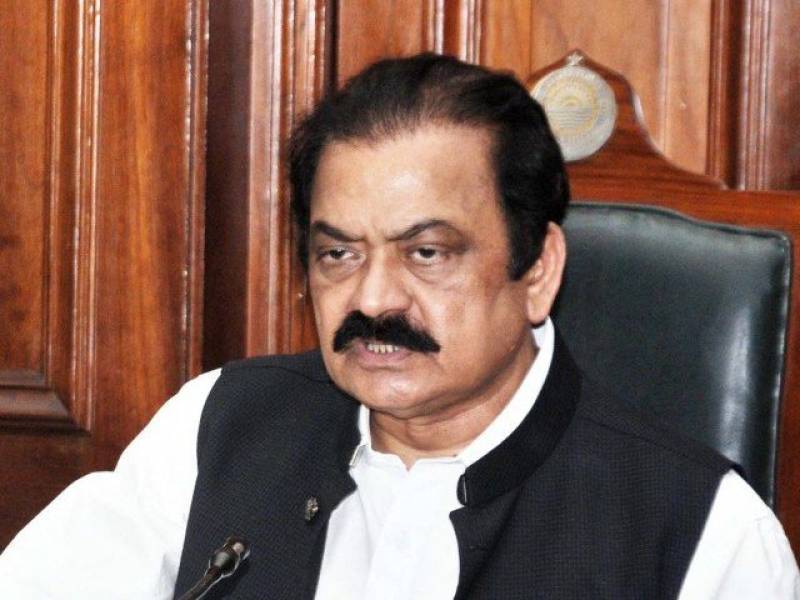 LAHORE - Punjab Law Minister, Rana Sanaullah confirmed on Friday that the government could not arrest Tehreek-i-Labbaik Pakistan (TLP) chief, Khadim Hussain Rizvi, because of the Faizabad agreement in which it was outlined that all cases against TLP leaders would be shelved.

The lawmaker affirmed that the government was not backing off, but hastened to add that there was an agreement carrying the signatures of the guarantor and representatives of the government.

The law minister expressed that the government had to abide by the agreement struck in November, last year.

Khadim Rizvi, along with other leaders staged a sit-in at Faizabad area of Islamabad last year, against the controversial amendment regarding the finality of Prophethood in the Election Act 2017.

He has been declared a proclaimed offender by an anti-terrorism court and special teams have also been dispatched to different cities for the arrest.

The Faizabad sit-in, after turning violent following a botched operation, came to an end with an agreement wherein the government succumbed to most of the protesters' demands, including that of the removal of then law minister, Zahid Hamid.

Maj Gen Faiz Hameed of the Inter-Services Intelligence (ISI) had signed the agreement as its ‘guarantor’. The Islamabad High Court had also censured the state institutions for brokering the agreement.

Regarding the assassination attempt on Interior Minister Ahsan Iqbal and the attacker's association with Tehreek-i-Labbaik, Sanaullah said that security should be ramped up and the mindset giving impetus to such incidents should be corrected instead.

He demanded that the elements involved in creating the mindset, which include 'some elements within the state', be held accountable.

To a query regarding the 'aliens' manoeuvring the politics of Pakistan, Sana said that they have had a limited role to play in every election in the country.

"This time because of media, social media and people's awareness, their role will be limited further,' claimed the minister.

He went a mile more and said that 'aliens' were not managing politics but actually contesting elections, alleging that the lists of Pakistan Tehreek-i-Insaf (PTI) candidates to be handed tickets were being created by the same forces.

"You can say that the aliens are working as an election cell," the minister concluded.