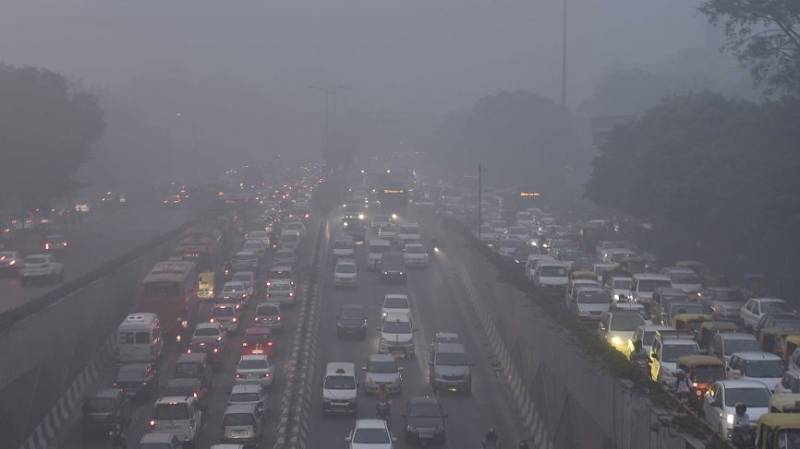 MULTAN - Smoggy weather will persist for four days more in the region and weather will clear after an expected rainy spell in upper Punjab during the coming week.

According to meteorological officials, the rainy spell was expected from Nov 15 in Upper Punjab.

On Sunday, visibility was recorded at 800 metres in the city. There are no chances of rain in south Punjab in November, added the officials.

ISLAMABAD - The smog currently enveloping Pakistan's major cities including Lahore and its neighbourhood is apparently ...

Maximum and minimum temperatures on Sunday were recorded as 23.5 centigrade and 13.4 centigrade, respectively. Humidity was recorded at 75 percent at 8am and 56 percent at 4pm.

Meanwhile, people have been advised to take special care of their eyes during the current spell of smog.

Talking to APP here on Sunday, known ophthalmologist  Dr. Safdar Hashmi said that smog was a real concern these days which could cause itching in eyes.

Similarly, one could face problems like dry eyes, allergy, sore eyes and mild blur of vision, he said. He urged citizens to restrict their outdoor movement especially during to spell of smog.

He also advised citizens to wash their eyes repeatedly and motorcyclists should use glasses or helmets. Smog could also cause redness in eyes and the virus could also attack

He said that patients should use eye lubricants to avoid any serious issues. In case, they are not feeling any relief, then they should visit to their doctors for treatment, he added.