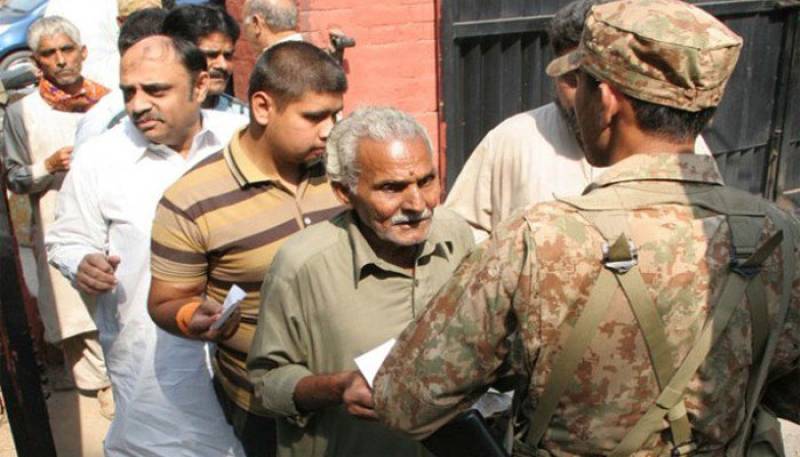 LAHORE - In order to maintain security during the by-elections going to be held on Oct 14, army personnel will take control of security measures in the polling stations today.

The Election Commission of Pakistan (ECP) has taken the decision to deploy the army under Article 220 and 245 of the Constitution. The security personnel will perform duties inside and outside the polling stations.

ECP spokesperson said that the army men will take control of security measures from Oct 12 (today) until Oct 15.

According to the number of seats vacated by the lawmakers, by-elections are set to take place on 11 National Assembly (NA) and 26 provincial assembly seats - 13 Punjab Assembly, nine Khyber-Pakhtunkhwa Assembly, two Sindh, and two Balochistan assembly seats.

ISLAMABAD - Election Commission of Pakistan (ECP) has said that as many as 122 candidates have been contesting ...