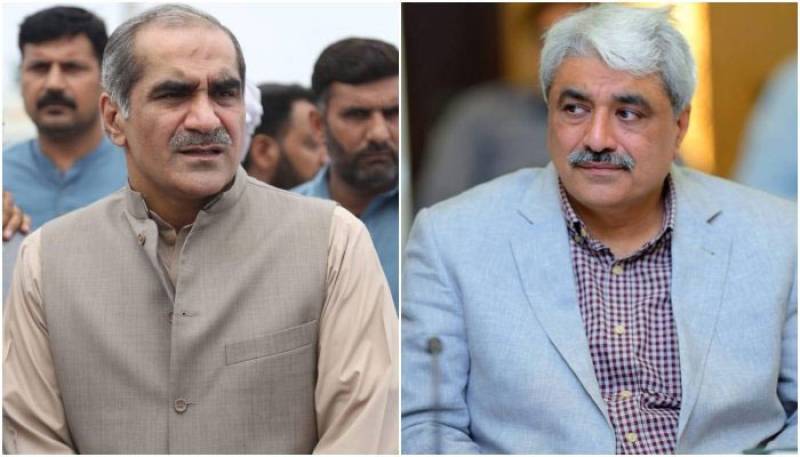 A notification has been issued by Directorate General, Immigration and Passports here. 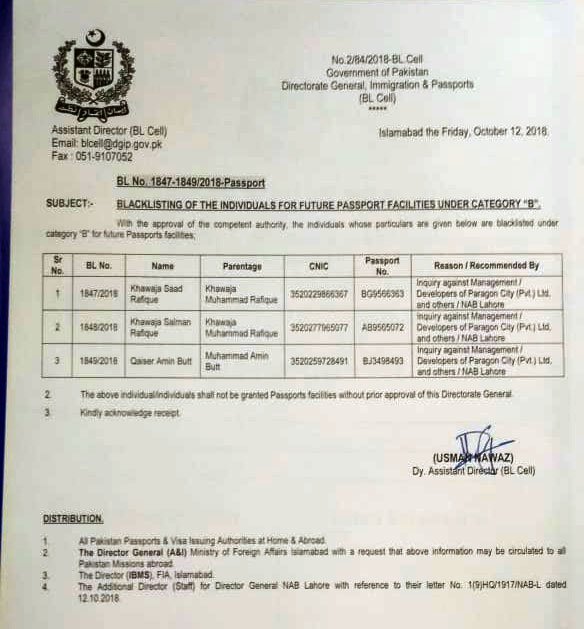 The notification reads that Saad Rafique and Salman Rafique have been blacklisted “under ‘Category B’ for future passport facilities.”

They have been blacklisted as investigation against them was underway in Paragon Housing scandal.

The anti-graft body has summoned the Saad Rafique and Salman on October 16.

Earlier, there were reports that Saad Rafique and brother have been placed on ECL.

According to NAB, Sharif allegedly cancelled the contract of a company that won the bidding for the Ashiana-e-Iqbal Housing scheme and awarded it to another company, Lahore Casa Developers. This caused a loss of Rs 6 million to the national exchequer. Lahore Casa Developers is a proxy of Paragon City, which is said to be owned by Khawaja Saad Rafique.

Saad Rafique has denied the charges and said he wasn’t the owner of Paragon city.

Earier, on Oct. 5, the Federal Information Minister Fawad Chaudhry had denied the reports. Fawad Chaudhry said that decision to put Saad Rafique and his brother on the ECL has not been taken.