Begum Kulsoom to be laid to rest in Jati Umra on Friday, confirms Hussain Nawaz 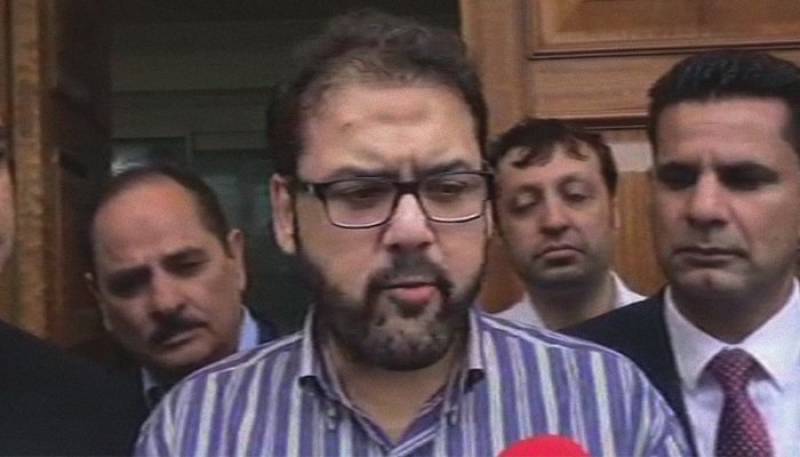 Talking to a private news channel in London, where former first lady breathed her last on Tuesday, the son of Nawaz Sharif said that her mother's body will reach Pakistan on Friday.

He further confirmed that he and his brother Hassan, who have been declared absconder in corruption cases, will not come to Pakistan to attend the burial of their mother.

Both brothers will attend the funeral prayers of her mother to be held at Regent’s Park in London on Thursday as they are not travelling to  Pakistan due to legal issues.

Kulsoom Nawaz, the wife of former prime minister Nawaz Sharif, died at the age of 68 on Tuesday in London, months after a cardiac arrest put her to Intensive Care Unit (ICU).

She was also diagnosed with lymphoma last year, barely a month after Nawaz Sharif was removed from office by the Supreme Court.

Meanwhile, Nawaz, his daughter Maryam and son-in-law Captian Safdar were released from Adiala Jail on parole after the demise of Begum Kulsoom. They have been given 12 hours to attend the funeral prayers of the former first lady.

The parole duration is likely to be extended as the body of the deceased wife of the former prime minister will reach Pakistan on Friday when she will be buried in Jati Umra.