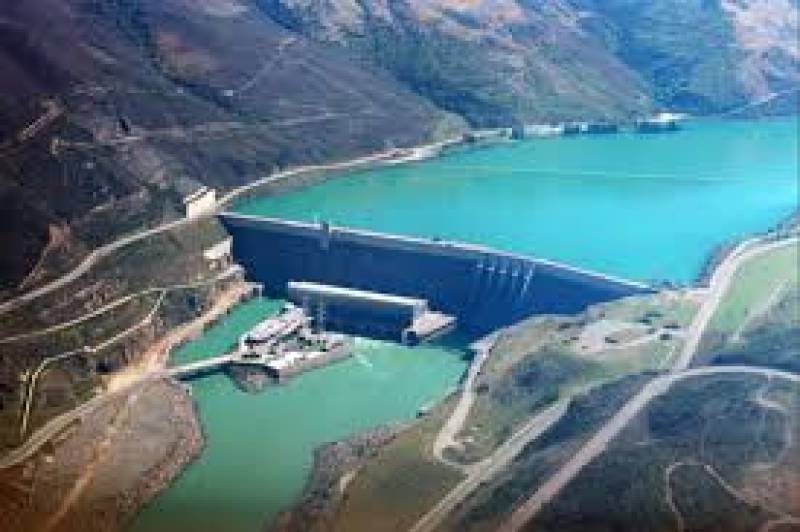 Not doing enough for water conservation in a country such as Pakistan is a folly, indeed. We as a nation have committed this folly for way too long, undoubtedly. But politicizing any water conservation initiative and sowing the seeds of discontent around it must be taken as more than just a folly – a crime.

Let us keep the objections raised by the Chief Minister of Sindh against Diamer-Bhasha dam aside, and focus in this write-up on the financing issues.

Asking for donations and contributions from general public for any developmental project – much less an all-important water reservoir – is nothing wrong in principle. Imran Khan, or the Chief Justice of the country before him, did nothing wrong by going for that.

As we have developed a habit of looking for an Indian example for just about anything, let us cite here a case from our eastern neighbour.

In September last year, a large dam – one of the largest gravity dams in the world – was inaugurated by Indian PM Narendara Modi in his home state of Gujarat. Named as Sardar Sarovar Dam (SSD), the reservoir’s construction took a long long time.

It was inaugurated by none other than Nehru himself at the start of the decade of 1960s but completion took close to six decades. But it has been built and operational now and that is not what pertains to the subject of this write-up: it is the way the money came about for SSD. Modi told at the inauguration that when institutions like World Bank refused to finance the dam, the rich temples of the concerned states came forward and donated for the reservoir’s construction. How much, or to what extent, was not shared.

Soon after the Chief Justice of Pakistan had initially started the fund for Diamer-Bhasha and Mohmand dams in July, a debate had started, mostly apprehensive that mega infrastructure initiatives cannot be built by small-scale crowd-funding. That is partly true but we do not buy that in entirety. Donations and crowd-funding can play a role, albeit a very limited one. What is questionable in Imran Khan’s case is the prioritization of donations above all other sources of funding. Of course, Modi or previous Indian rulers did not start with the very donations of temples.

What is even more important is that Imran-led government is not sharing with the people that the previous government had already allocated Rs. 23.7 billion for the fiscal year 2018-19 for the first phase of Diamar-Bhasha. There was no foreign money involved in this allocation. When Imran took it over last week, CJP’s fund had collected less than 2 billion rupees. Pak army’s collective donation – more of deduction than donation, though – of Rs. 1 billion makes up only around 4% of what the previous government had allocated.

The problem with donations: one-off generosity, say once or at best twice in a government’s entire tenure. Large-scale infrastructure projects need a continuous flow of funds for longer periods. For Completion of Diamar-Bhasha, Pakistan needs an average of Rs. 150 billion rupees – possibly more – every year over next decade. Mohmand dam would cost another 150 billion or so, separately (total estimate.)

What we do not know as of now is whether the PTI government wants all that allocation (for 2018-19) to come from donations or, else, aims to do much more of the work requiring much more money during the remaining span of just over three quarters of the fiscal year.

Storage capacity is essential. We need to augment the capacity badly. Yet building storage is just one side of Pakistan’s water sector woes.

So how should we move forward for construction of large-scale water reservoirs? Let us assume for the moment that we are ruling the foreign funding – even soft developmental loans – out.

The main problem with our water picture is that the blue-wealth is treated as a free natural gift. It is not. And it should not be treated like that.

We all wastewater, a lot of it. Individuals, households, at the farm, in industries, everywhere.

But 90 % of Pakistan’s water is consumed by the agriculture sector. Meager rates of ABIANA are by no means enough to cover even operational and maintenance costs, what to talk about development. It needs little mention here that our landholding patterns are such that a few thousand at most, if not a few hundreds, of families, control the bulk of the irrigated land all across the country. They use the most of our irrigation water. And what they pay for it is shamelessly low.

Now there are two ways here. One is optimum pricing. And it should be the ‘the more you consume, the more you pay’ just as in the case of electricity and gas billing: the rates increase with the quantity of usage. I would even go one step further, towards the second way of doing it. Why can’t we think of a super-tax for water on country’s top landlords, say one thousand big water users, for next one decade? That may apply to a few big water users in the industrial sector as well. We all know that they pay no income tax on agri earnings. (Several MPs and even ministers – including one glamorous female former minister known for her designer handbags – have publicly boasted having high agri earning and paying no or little income taxes.)

The catch here is political: would ‘Imran the change-maker’ have the political will to go after his recently-found-patriotic WADERAS and JAGIRDARS in Punjab and Sindh? Even the likes of Jahangir Traeen would hardly approve of such a tax.

The all-too-rich shrines and DARGAHS of the country – if we try to find some counterpart of the temples on this side of Wagah – are known more for garnering votes for politician and parties, not for any solid developmental initiatives.

Over-emphasis on donations is also indicative of the fact that as of now PTI government is not confident enough about a much-touted point on its policy reforms agenda, i.e., broadening the tax base and enhancing tax to GDP ratio significantly.

The point here is not to reject or undermine the donations and contributions altogether. Whatever comes has its own value. And it is quite possible that Imran’s persona attracts considerably more cash than what others could bring: he has a proven track record in this arena.

But the complexity of Pakistan’s water sector issues not only calls for Integrated Water Resources Management (IWRM) – beyond just storage capacity – but also demands diversified sources of funding. Egoistic approaches and misplaced patriotism should give way to pragmatism.

At the same time, no government should concentrate all its energies and resources on storage alone and should not lose sight of efficiency, productivity, and quality related issues. Drinking water and sanitation issues are no less important either. Donations may better be channeled towards grass-roots level water issues, for the direct and immediate benefit of communities at the receiving end.

There is no harm in getting foreign funding if so needed for such projects but if it is decided that it is a no-go area, we have to think with open-mindedness even in case of financing from local resources.

[The author was listed as a ‘Water Champion’ in 2006 by the Asian Development Bank (ADB) for his written contributions on Water and Sanitation issues.]