The Lessons of the Arif Naqvi Story 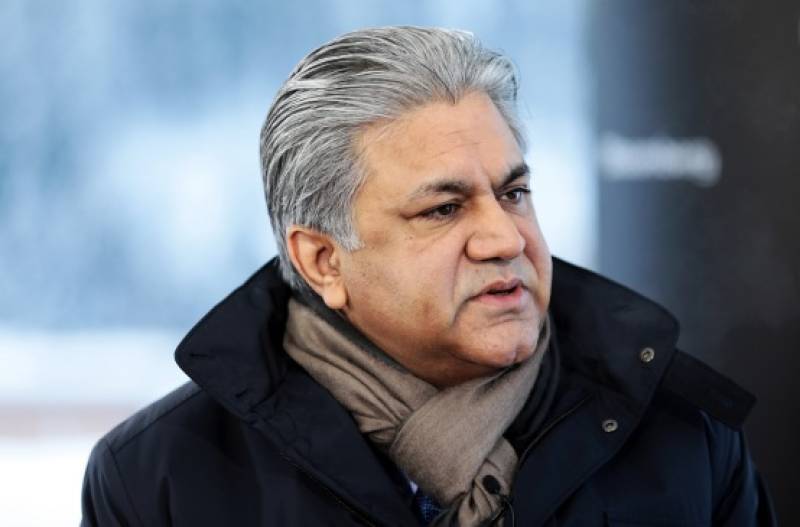 LONDON – Finally, a narrative worth waiting for in the long-running and divisive saga of Arif Naqvi and the Abraaj Group. A new book has been written on this subject which throws the current lopsided debate into sharp focus by presenting a narrative missing from the public discourse to date, namely Icarus: The Life and Death of the Abraaj Group by Professor Brian Brivati, which I have had the opportunity to review. Something to put his life of success into proper context without a self-seeking agenda. Arif Naqvi is a son that Pakistan should be proud of and singing about not to mention protect. I remember the good that Agha Hassan Abedi did across the third world as it was then, and I remember how the establishment in the west came together and ignoring the 60 other banks in the accusations then, and just brought one bank down as a lesson: BCCI. In Pakistan, we watched that story unfold, and we did not stand united as a nation to protect him; he died broken and misunderstood. And yet, we have to thank his vision for having created a generation of quality bankers and professionals, institutions of learning and technology as well as a foundation that did so much for decades to come. Our scholars and analysts allowed a one-sided narrative to proceed and a stigma to develop that was erroneous but was allowed to stand. When will we start celebrating and protecting our sons that venture into the global arena rather than just meekly accepting the fate that is handed out to them?

For 20 years, Pakistan was proud of Arif Naqvi and his achievements, and the accolades that the world as well heaped on him. Our politicians dealt with him with respect because his persuasion could bring serious investments into Pakistan. His Aman Foundation helped train people for skills that were badly needed whether the students stayed in Pakistan or became economic migrants. His ambulances with their distinctive yellow colour became a part of the scenery of Karachi and saved hundreds of thousands of precious lives every year. It is to the credit of the Sindh government that in a show of solidarity with an institution that was doing enormous good, it took over the ambulances rather than letting it collapse in the face of Arif Naqvi’s financial woes; does that then also associate Arif Naqvi with PPP? Does Nawaz Sharif’s support for the Karachi Electric sale to the Chinese and Shahid Khaqan Abbasi’s aggressive support make him into a PML-N stalwart? Riham Khan has already pointed to him being one of Imran Khan’s principal backers, and Pervez Musharraf took his advice often and inaugurated a number of his projects together with him: does that make him a military acolyte? The Americans and Chinese were both wooing him; does that make him a foreign agent?

My conclusion is that Arif Naqvi was a patriot, flying the global landscape, yet always focussed on his roots and obsessed with his country irrespective of who was ruling it. Knowing the politics of Pakistan, any political party would have welcomed his stature into their senior ranks, yet his focus remained on the Aman Foundation and Karachi Electric as his calling cards for Pakistan, both vivid examples of his drive to create lasting impact in this country. Professor Brivati’s book has helped put all this into perspective.

What will we do? Read it, comment, ride the news cycle and move on? No, it is time for Pakistan to be united in something other than our cricket team, for which the author poignantly points out, Arif Naqvi was metaphorically good enough ‘to open the bowling for the Pakistan test cricket team.’ Whether Arif Naqvi made mistakes in running his business or misjudging the extent of opposition to his business practices, whether he was rich or not, whether he lived frugally or excessively or whether he did the things America is accusing him of even though there was no money missing, and there were no American creditors in his holding company, this should all be answered but dispassionately. If he is to be judged, it is in Pakistan, not where someone can make an example of him for others too powerful for them to be judged by their own American livery. I quote directly from the Professor’s book:

“we should consider the four main questions raised by the bonfire of Abraaj and the liquidation process itself:

There are two plausible explanations and answers to these questions. Neither of which support the contentions of the DoJ that the group of executives named in the original indictment was conducting a criminal conspiracy and racketeering”.

Nobody will know what actually happened until every document and every action is microscopically and fairly scrutinized. The US already has more prisoners in its jails, both in absolute number and per capita than any other country in the world. It is politically fractured, ideologically polarized and culturally broken by example of their own citizens who bring the injustices of colour, class and creed into the public domain. Isn’t it sufficient that they solve their own problems than act as a global policeman using others to make examples rather than holding their own to account? Was there murder, rape, terrorism or drugs involved in this case? Which crime is being highlighted here, other than the compelling story of this book, which is that the US was affronted by any form of challenge to its global hegemony?

So, what should we do and what can we do? The media in Pakistan is deeply polarised but this is a national issue around which all should unite with one voice. A show trial in the US will put the image of Pakistan into even sharper decline and surely affect future generations of Pakistan professionals, much as BCCI did from an international perception. Pakistan made the mistake of staying silent against being stereotyped too many times; it is time to take a stand and use this opportunity to redress a wrong that is being committed on Pakistan itself.

By his public silence thus far, Arif Naqvi has actually been screaming out to us in the media to investigate his issues dispassionately and either agree with the US allegations or vehemently come to his defence. From what I can see, his must be a lonely battle. And if he truly is wealthy, why did he stay in jail for an extra month in what is known as one of the worst prisons in England until his sons had collected sufficient amounts from associates and the few friends, he still had to bail himself out of jail? I spoke to one of his ex-advisors in Dubai who said that he had simply no money left. The actual comparison of this story in Greek mythology is not Icarus, but maybe Hippolytus. But we don’t need to go to Greece to learn lessons, the Quran itself teaches us enough lessons about examples of superpower bullying for us not to open our eyes.

I also take my share of responsibility for not having focussed enough on this case before. It took a British professor of human rights to open my eyes when frankly it should have been the other way around. Read the book, it is compelling reading.

Review: The life and times of the Abraaj Group