The versatile and uber-talented veteran of Pakistan's entertainment industry Bushra Ansari proved that age is just a number as she was spotted showcasing some killer dance moves on a wedding lately.

Spreading like wildfire, the 65-year-old was spotted dancing her heart out with singer Azaan Sami Khan at Sultana Siddiqui’s grandson Shahmir Shunaid’s wedding.

Grooving on a peppy Bollywood number, the Zebaish star was the epitome of grace as she effortlessly swayed on the song with the handsome Azaan Sami Khan.

A post shared by World of Pakistani Stars ???? (@starsworld.pk)

With the video doing rounds, keyboard warriors had a lot to say. A majority just couldn't help themselves as they bashed the veteran pinpointing that she should be mourning her sister's demise.

Others felt it was a publicity stunt and Ansari being a legendary actress should act gracefully. On the other hand, loyal fans were awestruck as they lauded Ansari and showered her with compliments over the energetic dance. 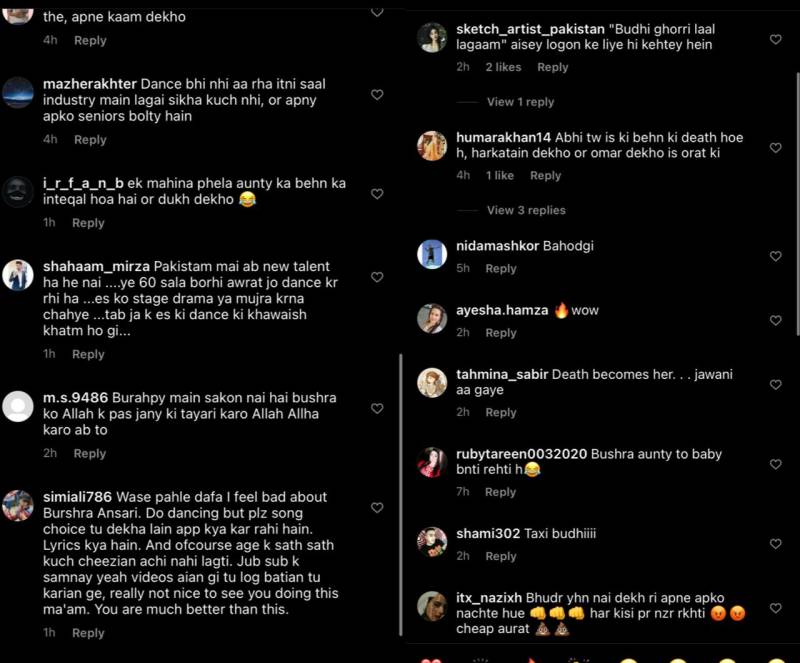 On the work front, Bushra Ansari's performance in the drama serial Pardes was highly applauded by fans and critics alike.