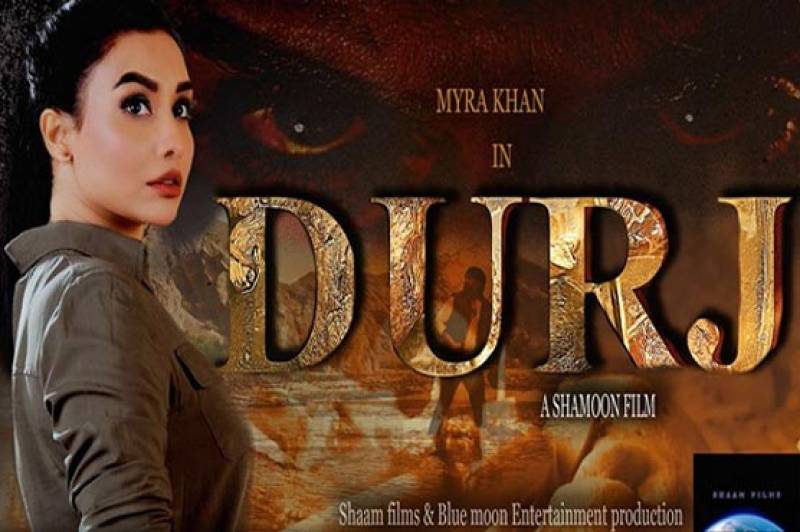 KARACHI - Pakistani star Maira Khan is quite hopeful to entertain the fans with acting in her upcoming movie Durj.

In a statement, the actress said she is happy that her movie is finally releasing after green signal from censor board. I have tried to give my best in the film, she added.

Maira further said that viewers will like the concept and story of Durj that will further increase her fan following.

Durj is an upcoming mystery thriller film, written and directed by Shamoon Abbasi and produced by Dodi khan.

The film stars Shamoon Abbasi, Sherry Shah, Maira Khan, Dodi Khan, Nouman Javaid and Hafeez Ali. It is the story of a woman searching for her missing husband that had been killed for hunger by the kidnapper.