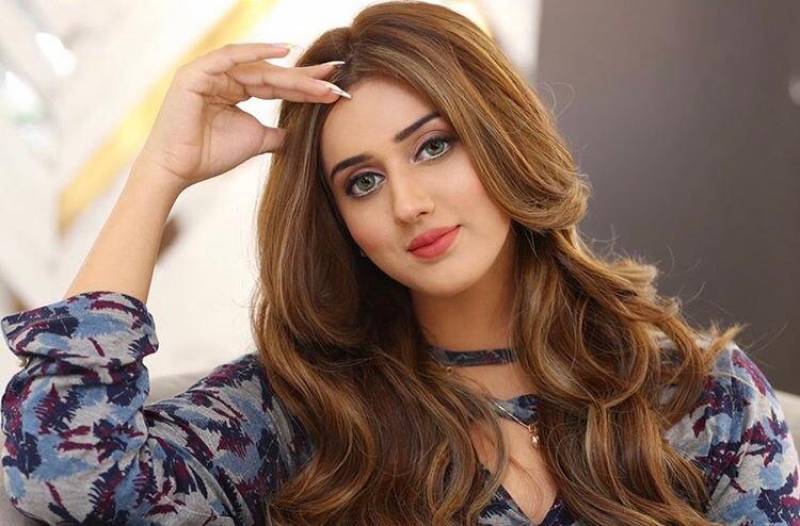 After managing to impress the masses with her lip-synching videos on Tik Tok, Jannat Mirza has ventured into the world of mainstream media.

Honest reviews? ❤️ . One Million Crossed already in less than 24hours.❤️ Super Blessed! I love you.🌚🙈

From starring in Sarmad Qadeer's hit music video to bagging a role in a Syed Noor's upcoming movie, Jannat has gained immense popularity.

Recently, on Instagram, she posted some stunning shots from her recent bridal shoot. She looks glamorous and regal as she dons a bright red embellished lehenga designed by Sadaf Fawad. With bold and fierce looks, Jannat is a vision for sore eyes.

Jannat mirza is a prominent name in the TikTok world with around 7.4 million followers and more than 129.8 million likes on her official account.

Earlier this year, Mirza also revealed that she will soon be making her Pakistani movie debut. Helmed by Syed Noor, the Punjabi film is shot in a village and Lollywood actress Saima is playing the role of her mother.

Her popularity has reached beyond borders as well. She was approached by Japanese advertising agencies in the past to model for them.

The 20-year-old from faisalabad is currently majoring in journalism. Mirza’s sister Alishba Anjum is also famous star on TikTok.