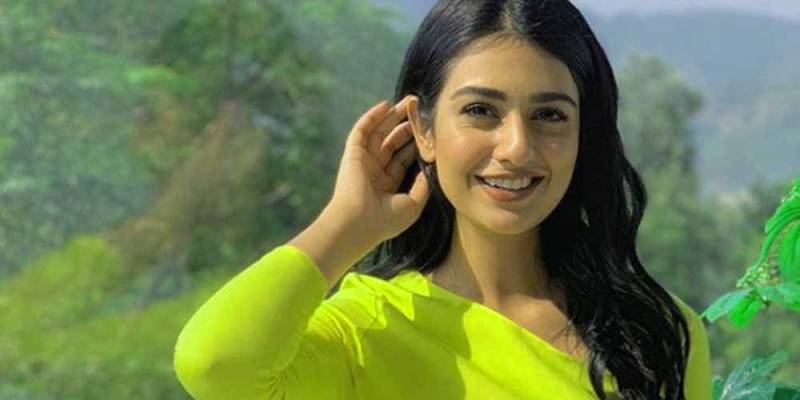 LAHORE - Pakistani TV star Sarah Khan was earlier reported to be tying the knot soon but the star completely denied her marriage news in a social media post.

The Band Khirkiyan starlet turned to Instagram to refute the circulating buzz regarding her rumoured forthcoming nuptials.

Khan on her Instagram Story wrote: “Do not believe anything unless I say it myself.” “Please respect my privacy and stop spreading false rumours. I ain’t getting married anytime soon,” she added. 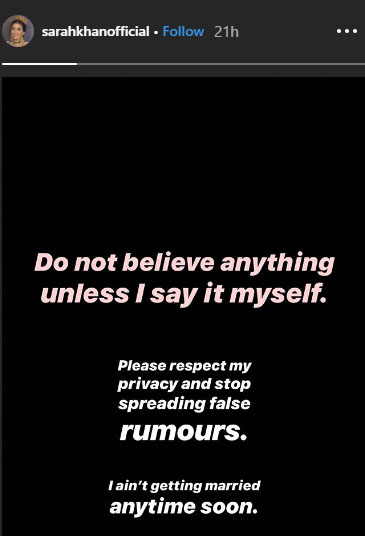 "Now I have decided for an arranged marriage and will surprise my fans soon," the publication had cited which was turned down by Sarah.

Sarah Khan spills the beans about breakup with Agha Ali

Earlier, her marriage rumors had erupted when an E-paper had cited her as saying so. The Alvida starlet had earlier made headlines after her breakup with Agha Ali, another one of the big names of the Pakistani showbiz industry.