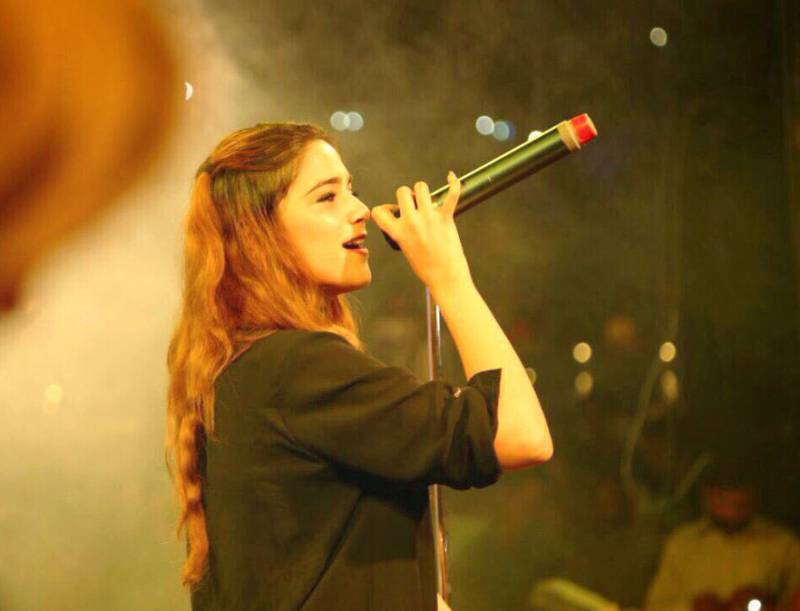 KARACHI – From time to time, celebrities display generous acts, and the latest to swear by the rule was Pakistani vocalist Aima Baig who halted performance at a recent concert to check on a fan who appeared to be injured.

The video of the incident has gone viral on social media, in which the Baazi singer can be seen checking on the fan who was appeared to be in distress.

In the clip, the 26-year-old can be seen checking with the administration. She asked the boy what happened while some of the boys from the crowd passed impolite comments mocking the injury. She then told organizers to help the fanboy if he needs any medical attention.

Following Baig’s noble gesture, the injured fan was then shifted from the venue. He can be seen hobbling while taking support from the other guy.

Meanwhile, the move of the pop star is being commended by her fans on the internet with many sharing the moments on different platforms.

The latest celebrity singer who encountered and schooled a rowdy crowd is the Pakistani talent powerhouse, Aima ...

Earlier, Aima schooled a front-row audience member who passed rude comments during the performance in Gujranwala. She even warned to leave the concert midway saying “If you guys misbehave, I'll go back”. The security then removed the man from the front row.

LAHORE – The Federal Board of Revenue (FBR) has served a notice on famous singer Aima Baig for non-payment of Rs ...