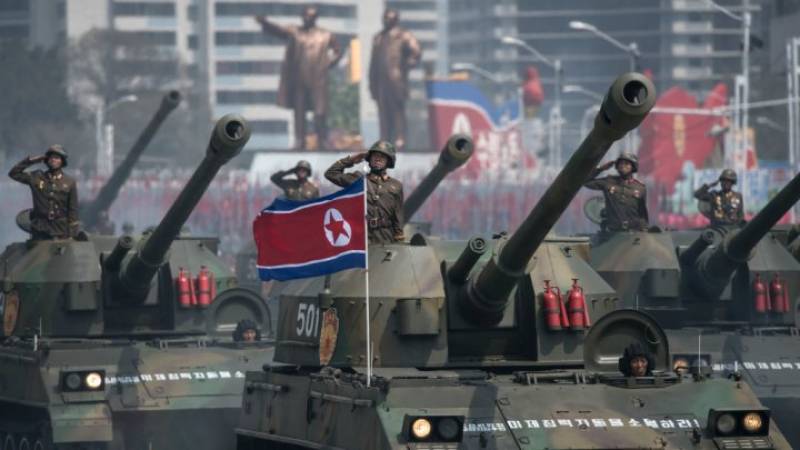 North Korea has proven beyond doubt that it can develop a hydrogen bomb while having the capacity to miniaturize it and fire across continents. Seoul is 100 miles away while Tokyo is at a distance of 799 miles. While plentiful US military assets are present in South Korea and Japan, the North Koreans have threaten to hit US territory of Guam. Kim Jong-un’s last belligerent act of firing a long range Hwasong-14 missile across Japan eventually crashing into the Pacific basically makes a point about the projectile’s range extending to the US territory in the Pacific.

The isolated, poor and otherwise backward country has the world on its tenterhooks over the last few years. Pyongyang has almost achieved what it threatened or aspired to achieve. The world powers neither grasped its will to act on its words nor acted prudently to lure her away from the country's defiant goals. The intent has been to coerce the country into ‘good behavior’ by imposing sanctions and issuing threats.

As the United Nations Security Council slapped fresh, stringent sanctions against Pyongyang, some nations called for expelling North Korean citizens employed as labor and severing any business ties with the entities registered there. Kuwait, a tiny but oil rich sheikhdom, has taken the lead. Besides expelling the ambassador, it has imposed a ban on North Korean human resource.

Since when did Kim become a democratic leader who can be forced to change his decision due to public pressure or due to their worsening lifestyle? Only Kuwait can answer this question. The ruling family has shown little concern for the nation despite droughts and sanctions.

For that matter, the UNSC-approved sanctions have only fed a feeling of victimization. The government exploited them to drum up ultra-nationalistic sentiment and shun ‘foreign coercive tactics’. Though a common citizen paid the hefty cost, the world power did little to assess if its action delivered the requisite results.

Since before the end of the Cold War, Pyongyang has embarked on a route to nuclear deterrence. The country saw the presence of US troops equipped with nuclear arsenal as a legitimate basis for developing its own deterrent. The normalization process during the Clinton administration brought North and South closer together. The divided families could meet and the severed rail network was on the verge of restoration. It all changed after hotheaded George W Bush replaced the Kansas politician at the White House. Then onwards, the Korean peace process pretty much went southwards. 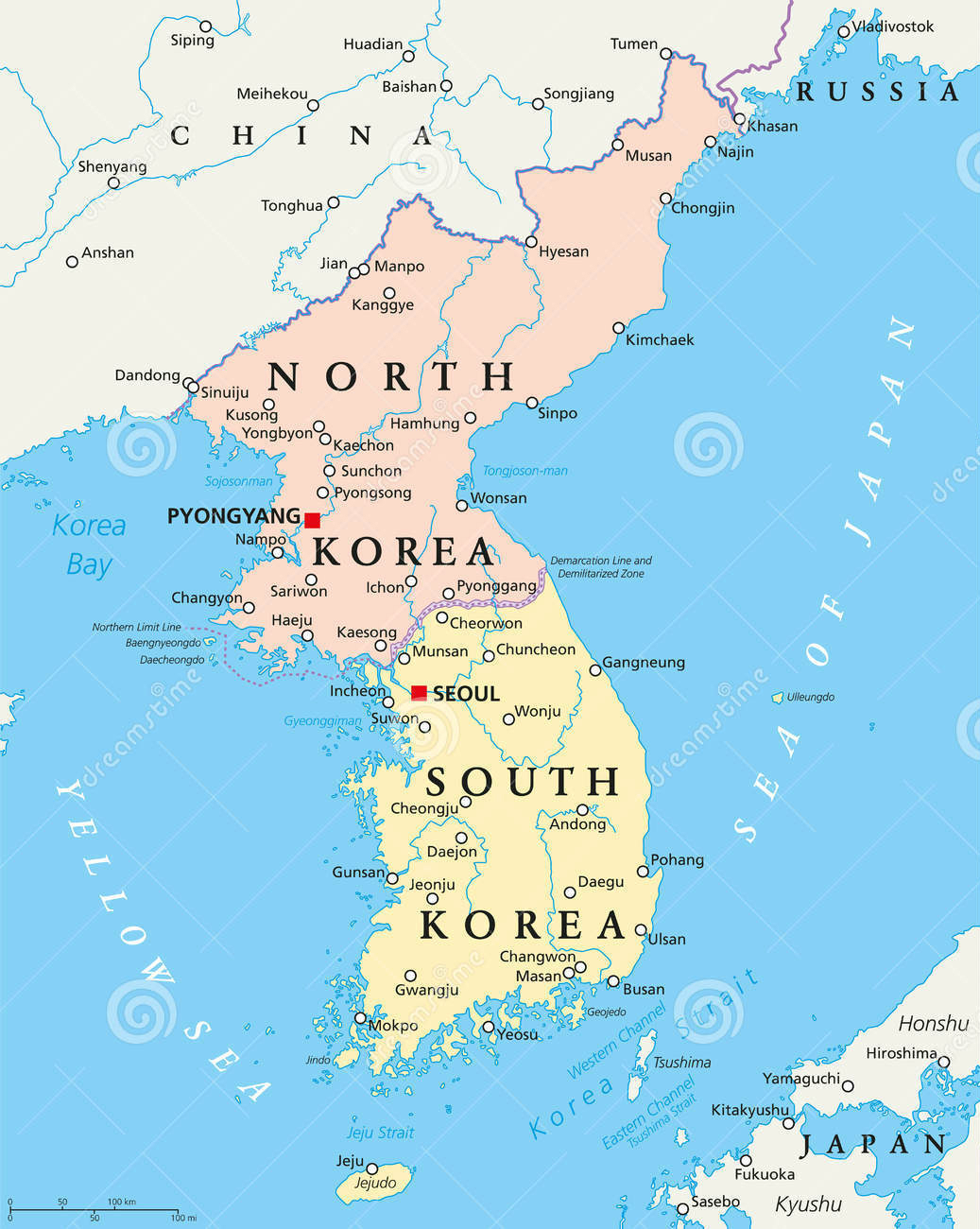 Due to heavy civilian toll, nuclear weapons are prohibited. Besides, the ensuing material devastation is irreparable. Yet, the hypocrisy of the five nations contradicts the notion of nuclear disarmament. Besides the five permanent UN Security Council members, Israel, India and Pakistan – three non-signatories to the Nuclear Non-Proliferation Treaty (NPT) – possess nuclear weapons. The rest including DPRK or Iran have forgone their right to have nuclear weapons since signing the NPT. The inherent contradictions in the global non-proliferation mandate coupled with the political capital attached with the possession of nuclear weapons undermine the global efforts to curb them. Iran and North Korea both pursued the route to also preserve the ideologies the respective regime rests on.

Sanctions are the sole options for violators of NPT as the accord offers no punitive action against the violators. Large-scale economic price tags and international condemnation can only go so far. It’s evident that India and Pakistan could circumvent the global curbs for the national security interest. India needed the deterrence against neighboring rival China and Islamabad was obligated to counter the nuclear ambitions of New Delhi. Then, nuclear weapons are technologically more viable from threat-perception scenario than the conventional weapons.

The nuclear arsenal can be developed in a dedicated scientific establishment while conventional military innovation and production requires a broad-spectrum civilian industrial base. Nuclear weapons and their delivery system can’t be used alongside a stance of deterrence regardless of their level of technological sophistication. The aged and robust nuclear devices promise deadly devastation. Their conventional counterparts become redundant quicker and need upgrades or replacements. Thus, North Korea’s development of hydrogen bomb and long-range delivery system are there to stay. It is only a matter of time that it test fires a submarine-launched ballistic missile using the torpedo firing tubes. The triad will be complete and Pyongyang will achieve second-strike capability. Many observers fear that DPRK might actually be already capable of launching an SLBM.

The US defense establishment is faced with the quagmire of dealing with the threat of nuclear attack on its two key allies, Japan and South Korea. Already, Japan has twice faced the dilemma of airspace violation. The country was twice hit with atomic bombs by the US and was devastated by radiations from a nuclear power plant after the deadly earthquake triggering tsunami. The calls for nuclear bunkers are echoing louder there with Prime Minister Abe adopting more a muscular defense policy. The flight of North Korean missiles rubbishes the deterrence US provides with its military assets. Will the US or Japan shoot the next DPRK projectile illegally entering its airspace? There is no definitive reply.

Washington has no fail-safe military option against Pyongyang. There’s little certainty that it can take out Kim’s nuclear warheads with surgical strikes. Then comes the question of nuclear radiation, which won’t take much time to enter allied South Korea. Will Washington be able to absorb a second strike in Okinawa or Guam if not Hawaii or Los Angeles?

Kim’s aggression is aimed at the US. He does not want a war with the South. The North Korean is simply challenging America’s presence in the region and attracting its attention for talks and not war. Kim’s gamble has been measured. He did violate Japan’s airspace but in a region of low population density, thus even if the missile falls prematurely loss of life would be limited. The North has not dared touch the South yet. Probably, it won’t. The South Koreans have shown the will to retaliate regardless of how the US or Japan react to airspace violations or more.

Bombing Japan and Korea won’t serve his political purposes. His unruly behavior of missile tests and frequent nuclear explosions speak of his rude calls for dialogue but on his terms. He has disrupted the status quo and will keep adding more uncertainty to it.

The sanctions without offer for dialogue will harden his stance. Diplomacy has been receiving unusual setbacks in the Korean Peninsula. The world can’t afford it anymore. With dry and people-centric curbs, the US loses political capital but so will China and Russia. The Russian and Chinese support for the US led resolutions might not be forthcoming in the wake of newer sanctions.

Canada, Norway or Switzerland would have to step forward through back channels to engage North Korea. The scenario is so precarious that Trump administration’s rashness takes the entire world to the brink of nuclear catastrophe and eventual demise of the superpower that has dominated the world more or less permanently since 1945. Russia has stakes in persisting tension in the Korean region as it drains US military capital and exposes its weaknesses as a superpower. China won’t like North Korea to be a pretext for the US to deploy a sophisticated missile defense system – THAAD – on its doorstep in South Korea. Beijing’s pursuit of global dominance stems from commerce and trade. Thus, Ottawa, Oslo and Geneva can use Beijing as a backdoor to Pyongyang and ease the tensions. Kim’s rash behavior is a reaction to his country’s pariah status. The rogue may become regular with engagement instead of arrogance.

Nonetheless, the age of nuclear exclusivity is over. The world requisites a convention fairer than the discriminatory NPT and a world body devoid of the menace called veto.