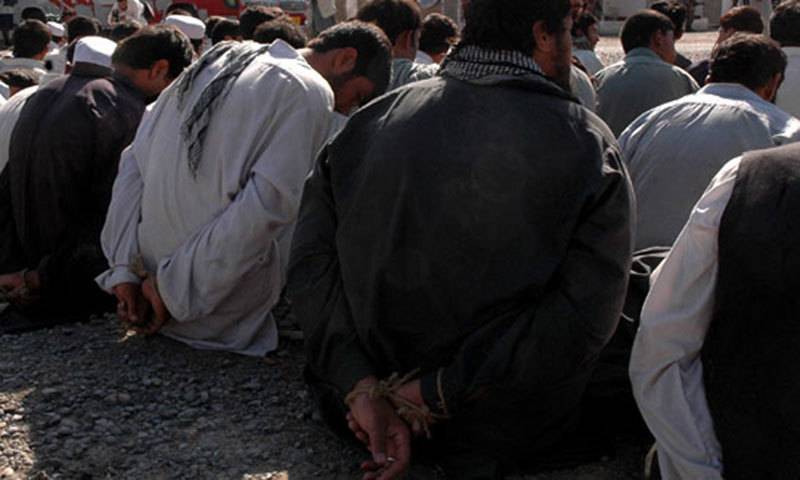 The heinous December 14 attack on Army Public School (APS) Peshawar mandated paradigm shift in government’s thinking about tackling with the menace of terrorism in the country. This much-needed thought process not only reiterated the nation’s resolve to fight terrorism but also led to the formulation of a comprehensive national security strategy outlined as the National Action Plan (NAP).

Announced just six days after the APS incident, the government swaggered immense zeal, displayed unanimity of thought and boasted audacious determination in the implementation of this well-identified strategy, however before it could be realized fully, complacency and political differences gently rocked the jaded government into an unwarranted nap on NAP. National Counter Terrorism Authority (NACTA), the actual trailblazer setup against terrorism, could not develop its reputation and remained a side-lined agency suitable for postings and deputation of uninterested officers in bureaucracy.

From time to time, incidents of terrorism in urban areas of the country continued to trigger knee jerk reactions by the government, exhibited by intense Intelligence Based Operations (IBOs) and Combing and Search (C&S) operations by all law enforcement agencies. However, these campaigns were sufficient only to displace the resident threat for time being but failed in neutralizing it completely. Over a period of time, it became a necessity and a permanent drill for all law enforcing agencies to group-up and start the door-knocking campaign every now and then particularly before important national events including sports festivals like Pakistan Super League (PSL) matches.

Twenty simple points of NAP indicated a way forward for strict actions against proscribed organizations in the country. Ministry of Interior did review a list and published formal notifications listing a number of proscribed organizations. The list was generic and didn’t specify the reason or category of that particular organization. The list included the outfits that could be categorized as anti-Pakistan, pro-Pakistan, Jihadi, armed and violent, violent but not armed, merely ideological, finance runners, sub-nationalist groups and sectarian outfits. There were also few names which had no existence at all on the ground such as Muslim Students Organization which despite all the ground checks didn’t appear anywhere of intelligence agencies radars. It later transpired that the name was included (in this case) on the basis of a propaganda leaflet circulated by unknown individuals in suburbs of Islamabad in the year 2005.

Provincial governments showed seriousness in implementing the NAP. Chocking funding sources of proscribed organizations, busting their strongholds and hideouts, prohibiting their publications, banning publicity of hate material and disciplining the leadership of proscribed outfits were few decided by Provincial Apex Committees notified to supervise NAP implementation in each province.

However, fervour on NAP implementation could not go beyond military courts, execution of over 400 capital punishments and kinetic operations conducted under Operations Zarb-e-Azb and Rad-ul-Fasad. The Anti-Terrorism Act of 1997 proved well short of finding complete solutions for handling proscribed organizations.

The government could only list them and issue notification for banning their activities yet these organizations were operating and regrouping under new names. No concrete steps could be introduced to prevent their funding; dismantle their communication networks. Acting against sectarian organizations and countering hate speech did not go beyond the listing of Firebrand speakers and putting them in Schedule IV.

NAP spelt out in clear terms about a ban on the glorification of terrorism in media yet media kept on reporting attacks and causalities highlighting the achievements of terrorists. The government remained perplexed and confused about using existing laws against proscribed organizations while candidates affiliated to these banned outfits not only contested the elections in Sindh (Karachi) and Punjab (Faisalabad) but also won their seats. It even became more complicated when a High Court granted bail and freed leaders of under-watch or banned outfits from house arrest. Definitely, the decision was based on pure legal basis. Thus in such restricted scenarios for the government, dismantling communication proscribed networks merely meant blocking the cell phone SIMs and introducing biometric verification to activate these.

On one side government was somehow not free to take bold steps while on the other side political parties also undermined NAP since it was seemly hostile towards party interests (particularly in Karachi) and so felt religious parties gathered under the umbrella of Ittehad Tanzeemat-e-Madaris Pakistan (ITMP).

NAP mandated a serious action for Madrassah reforms which was not in line with religious groups interests. In such a situation NAP could only target Afghanistan based groups operating against Pakistan such as Tehrik Taliban Pakistan (TTP), Jamat ul Ahrar (JuA) and Daesh, while more than 5 dozen other outfits listed as proscribed remained relatively immune to the government’s action against them.

This immunity was always observed as witting freedom given to these organizations by the government of Pakistan which India always held responsible for terror attacks on the other side of border. While Pakistan repeatedly denied any official involvement in Kashmiri Intifada as well as in Indian Punjab, with above-mentioned advancement on NAP, India found it quite easy to notice that Pakistan did not make a serious attempt at dismantling the infrastructure of proscribed organizations. Since Pakistan could not contradict the existence of these non-State actors present on this side of Line of Control, India could not be satisfied even when Pakistan decided to ban the Haqqani Network, Jamat Ud Dawa (JuD) and about ten other organizations against Indian expectations in June 2015.

This time things are different for Pakistan. With allegations for supporting terrorism in India and under embarrassment of FATF’s recent report, the present government seems keen and serious action against all the proscribed organization without allowing immunity or relaxation to any one of these. A consensus between all the political as well as religious parties is a pre-requisite for this which I am sure the sitting government in Pakistan will manage in days to come.

In matters of money, and job, think twice because FATF law is watching you!