The Threat From Iran 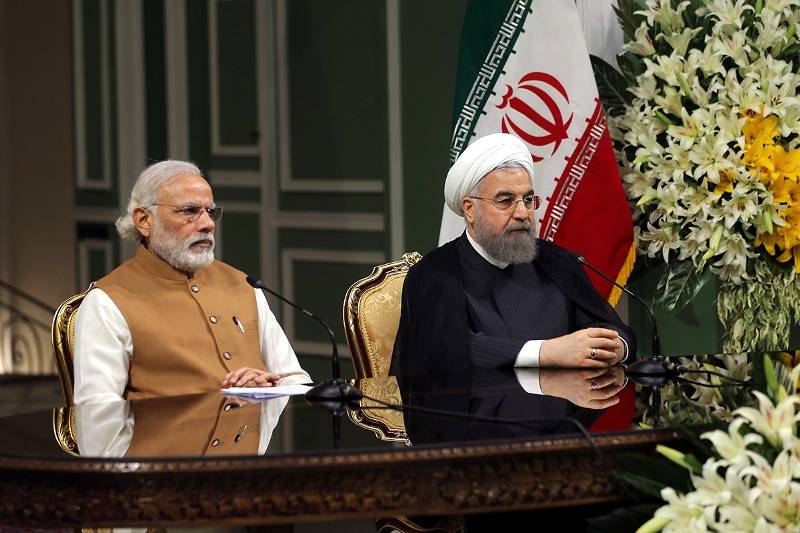 India, in connivance with Israel and Iran, had planned to launch a missile attack on Pakistan on night 27 February 2019. Reportedly, Karachi and Bahawalpur, along with many PAF airfields, were to be targeted with BrahMos cruise missiles. The attack was called off when Pakistan warned India of a quid pro quo. PM Imran Khan has sent railways minister Sheikh Rasheed to Iran with a strong message. Israel, it is understood, would also have been warned of dire consequences

Pakistan’s northwestern and southwestern borders are no longer inert. We are well aware of the security environment along the Durand Line. However, the threat from Iran is rather underrated. In 2003, the president of Iran, Mohammad Khatami, visited India as the chief guest for India’s republic day parade.

During the visit, he and the Indian prime minister, Atal Bihari Vajpayee, signed the New Delhi Declaration, which became the basis of a strategic relationship between the two countries. Two months later, Iranian and Indian warships conducted joint naval exercises (Hathaway, 2014). According to the declaration:-

4.     New Delhi will have the right to use Iranian military bases for combat operations against Pakistan should another Indo- Pakistan war breaks out.

5.     India also agreed to assist in the development of Iranian port facilities and with the construction of road and rail links with Iran.

The extent to which Iran would extend cooperation to India during such a conflict is known in Pakistan. India is also using border areas of Afghanistan and Iran as staging areas for launching covert operations against Pakistan. Since the 1990s, India has tried to outflank Pakistan and open up a route to Afghanistan and Central Asia. The port of Chabahar, next to Gwadar, is central to India’s intentions. India and Iran agreed to develop Chabahar in 2003 but the venture moved slowly because of the sanctions over Iran’s nuclear programme. India thinks that its presence in Chabahar will neutralize the Chinese presence in nearby Gwadar.

To this end, India and Iran, along with Russia, have talked about creating a Russo- Iranian- Indian transport corridor. Indian access to the Iranian ports and military bases will present Pakistan with the threat of a two-front war. Not only Iran but also the other Gulf states, particularly UAE, consider the development of Gwadar port and the projected China–Pakistan Economic Corridor as a threat to their economies. They, along with India, are supporting various separatist Baluch groups that have sprouted along the coastal belt of Baluchstan during the last decade.

To squarely face the challenges highlighted above, Pakistan needs to take the following measures: -

1.     Planning for any future war with India will have to take into account the threats from Afghanistan and Iran. During the Afghan War, XI and XII Corps were raised for the western border. After the Afghan War, these corps were available for operations against India. This is no longer the case as both these corps have been engaged in the war against terrorism. To relieve these corps for a war with India, two new holding corps will have to be raised. This can be done within the available resources, and with less expenditure, by reorganizing FC (KPK) and FC (Balochistan) into army corps. Each of these para-military organizations have the manpower to raise a corps HQ, 2x infantry divisions, and 1x Border Guards division (dedicated to anti-smuggling and anti-human trafficking operations). The conversion should take place gradually. With modern equipment and enhanced mobility, each Border Guards division will be more effectively poised to perform its duties than the present FC.

2.     The new corps raised against Iran should be headquartered either at Khuzdar or Kalat. It should have a corps reserve comprising a mechanized division minus (div HQ, 1x armoured brigade, 1x mechanized brigade, and divisional artillery), and an independent infantry brigade.

3.     Presently, Pakistan is constructing a ditch (wherever the terrain permits) along the western border to check against smuggling and human trafficking. This should be gradually developed into an anti-tank obstacle (wherever required), complete with fortifications, tank ramps, observation posts, and reinforced with wire and mines.