Cherishing the tribal regions: one less headache for the world 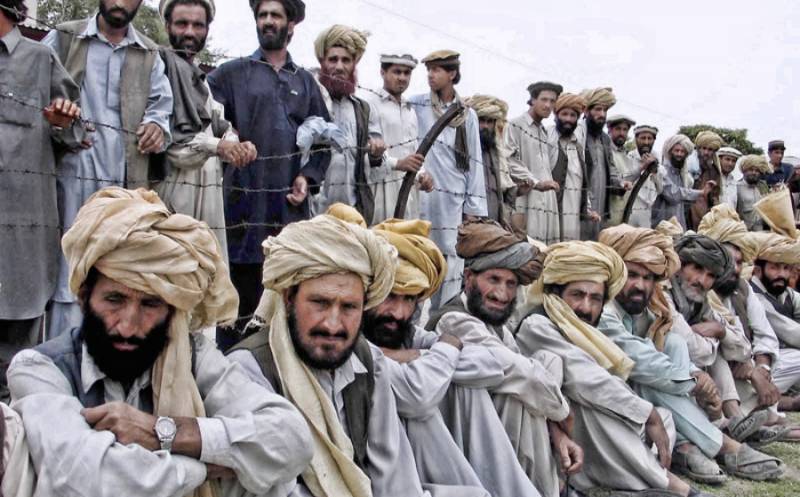 The phased merger of the Federally Administered Tribal Areas (FATA) with KPK has been set in motion after President Mamnoon Hussain signed the 31st and 25th constitutional amendment bills into law.

After due legal and administrative process, the five million residents of FATA spread over 27,222 square kilometers will theoretically enjoy the same status as other residents of Pakistan. The country’s least developed area has been deprived of police and judicial facilities. Since the creation of Pakistan, the seven tribal agencies have been tax exempted.

A judicial structure in place of the draconian Frontier Crimes Regulation (FCR) and police system like the rest of Pakistan will gradually be introduced in FATA by 2019.

With less than three percent of the country’s population as well of area, the region has been a target of enormous national and international interest. Owing to deep tribal bonds and porous border with Afghanistan, the tribal agencies have acted as headquarters of various militant commanders who fought against what they saw to be Soviet invasion instead of intervention.  Since 9/11, Islamabad has conducted over a dozen military operations to cleanse the area.

Islamabad has been long under pressure to cleanse the area of the Taliban and al-Qaeda operatives. The constitutional amendment, passed with overwhelming support in both the house of parliament, will be welcomed globally, barring Afghanistan and possibly India.

The Afghan government has minced no words in expressing its reservations over Pakistan’s legislation authorizing the merger of FATA. Though devoid of writ beyond the barricaded parts of Kabul, President Ghani's government might be taking legal recourse to hinder Islamabad’s plan for mainstreaming the under-developed and disenfranchised region.

Is FATA really a disputed territory?

Pajhwok Afghan news agency reported that the government of Afghanistan “rejects the decision of Pakistan Parliament for merging FATA into KPK and asked for consensus of the people on this issue.”

Kabul protests is for the record, as it neither has the means to implements its will on the tribal areas politically or militarily, nor stands on solid legal ground.

Despite routine airspace violations, the Soviet military did not step into the tribal areas. Moscow would not have constrained itself to the Durand Line had it subscribed to the then Afghan government’s claims. Later, the ISAF and NATO forces respected Pakistan sovereign claim over the tribal belt. Not only has the US maintained  FATA Secretariat in Peshawar but also funded various high budget development projects. Only last year, EU launched €34 million project ‘Support the Uprooted People’ in FATA areas with significant support from Germany. Sarhad Rural Support Programme is implementing the project in five tribal agencies: Khyber, Kurram, Orakzai and North and South Waziristan agencies.

This year, Japan released grants worth $7.7 million for the enhancement of  Foot and Mouth disease (FMD) control and the second phase of restoration of the livelihoods in Fata. Tokyo has consistently supported Islamabad in improving the lives of marginalized communities in the tribal areas.

Saudi Arabia and the UAE have been increasing their focus on the tribal areas for development initiatives. As Pakistan claims the territory lost to militants, the Middle Eastern nations extended financial support for rehabilitation of displaced persons as well as improving the basic necessities of life.

Regardless of overwhelming support for Pakistan’s efforts to bring normalcy in FATA, Afghanistan refused to come out of the 19th-century mindset.

Afghanistan’s hullabaloo over its eastern border dates back to July 26, 1949, when it officially conveyed that Durand Line agreement signed in 1893 was no longer valid in its view. Now the Ghani government talks of consensus over the merger issue with the tribal people while it forgets that their elders had consented to join Pakistan at the time of partition while the then North Western Frontier Province was the only one to vote for accession with the newly formed Muslim country. The jirga decision was conveyed to the British, Muslim League and the Congress in the same meeting. As Jinnah and Nehru contested over the division of Hindustan, Afghanistan did not demand from the British to cede control of the tribal areas to her.

What FATA mainstreaming may mean for the world?

Afghanistan has been and to some extent remains oblivious to the norms of the modern-day nation-state. The semblance of a state structure started appearing in 1919 after Amir Amanullah inked an agreement with the British. The peace deal with the Bolsheviks in 1923 paved the way for the opening of first two embassies, Russian and British. Thus, the statehood of Afghanistan occurred mere 24 years ahead of Pakistan’s creation.

Now that the Russians have backed off from supporting the pro-US regime in Kabul and its aspiration, it is banking on Delhi. Washington, Brussels, Tokyo, Beijing and the Muslim world stand by Islamabad on the issue of sovereign rights over FATA. Otherwise, the region will definitely become sources of militancy and extremism.

The merger process of FATA with Pakistan will be closely monitored globally not only for the satisfaction of Afghanistan’s claims but for the people getting the right to social and economic justice. While Pakistan will have to ensure tax emption for at least a decade, the friendly countries may well continue financial and technical support for helping create sustainable sources of livelihood. With the help of friendly nations, Pakistan must ambitiously and consistently pursue integration of the tribal areas into the mainstream. Afghanistan may well focus on establishing the writ of law within its boundaries too.