The future of Himalayan Border 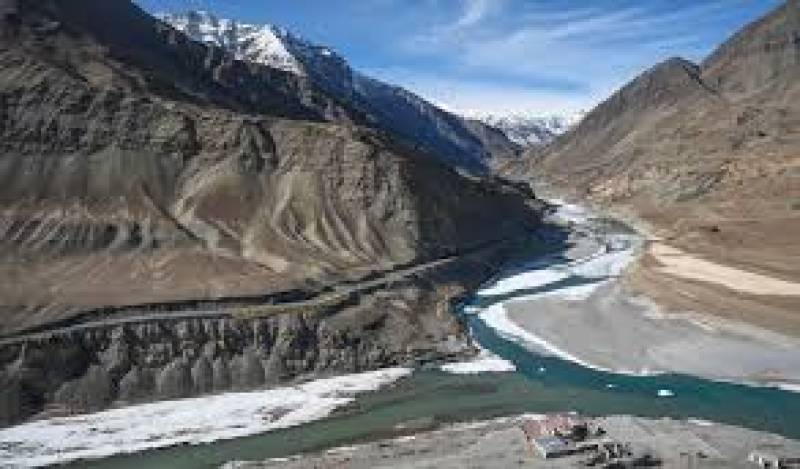 History suggests that resolving territorial or border disputes either through military or peaceful means is a notoriously difficult process and it often results in a status-quo. This difficulty stems mainly from a state’s perception of disputed territory as an invaluable and an inherent part of its own land and subsequent efforts to establish state’s sovereignty on it becomes a matter of national pride; a pride associated with the popularity of the government within a country as well as its reputation in the international arena. The engagement of two growing economic giants of Asia at the border is the manifestation of the same perception. The contested Himalayan border along the de facto Line of Actual Control has always been a matter of power politics between China and India.

It is a dilemma that the origin of many ongoing unresolved conflicts in South Asia can be traced back to the policies of the British in the past. The Kashmir problem, the Durand Line border issue between Pakistan and Afghanistan, and the Himalayan border conflict between China and India are all significant in this regard. The British demarcated borders on maps of unknown and unfamiliar terrain to suit their own interests by creating spheres of influences for British India. The legitimacy of such lines has been challenged by states after independence. However, the de facto observance of same lines is continued to be the norm without any concrete solution to date.

Pakistan was fortunate to carry out a successful settlement of its border issues with at least China (if not India and Afghanistan) in 1963 on the basis of uti possidetis Juris principle i.e. to retain the possession of the territories by the respective states on the basis of actual control rather than recognizing artificial lines drawn thereafter and in this case, by colonizers. That’s why the settlement involved no transfer of territory from the control of either state to the other as falsely propagated by India. The boundary followed the Karakorum watershed, crossing over K-2. Pakistan recognized Chinese sovereignty in the Northern Kashmir and Ladakh region as a part of the settlement. The successful negotiations were beneficial for Pakistan from perspectives. Firstly, it secured its northeastern border. Secondly, it provided a political and strategic victory to Pakistan against India in the region and thirdly, it facilitated the way for future friendship and cooperation between China and Pakistan; a friendship present in its full bloom till today.

India, on the other hand, was unable to delimit its borders with China; a problem that still destabilizes the peace and stability in the region. The disputed 3500 km border stretches from the Ladakh region of Kashmir in the north to the Indian state of Arunachal Pradesh in the east; a state that has been entirely claimed by China in the past. Both states have provided strategic significance to the issue due to continuous claims and persistent skirmishes despite having little strategic or economic significance of the land due to difficult terrains. Both political and military tensions have been observed between the two countries in the past over the same issue with no positive outcomes.

The full-scale 1962 Sino-Indian war was also a product of the same problem. Initially, the problem surfaced in 1958 when the Indian government recognized that China was building Tibet-Xinjiang road along with Ladakh, which Chinese had been building since 1951. Indians protested that the road was built through Indian territory. This assertion was based on 1914 MacMahon demarcation of the border between Tibet and British India; a settlement never accepted by China on the pretext that Tibet was never an independent state possessing the capacity to enter into a treaty with British India for establishing an international border. India, on the other hand, maintained MacMahon Line as an official border ever since. China’s efforts to sought control of the roadways escalated the tensions between the two states and both went to war in 1962 where both sides accused each other of initiating the first shot. The war resulted in clear Chinese victory where China established its reign over Aksai Chin in Ladakh, yet the issue remains largely unsettled. Since 1962, there have been numerous low-intensity conflicts at the border between China and India. The military exercises and patrolling along the border is a common practice in the region over these past years.

The recent clashes that started this year in May in Galwan valley resulting in causalities are considered to be the deadliest in a long time and multiple efforts to restrict the violence are continuously met by setbacks. Although the cause to initiate such militaristic adventure by either state remains unclear, it can be argued that Indian move to abolish the autonomous status of Jammu and Kashmir and making Ladakh a union territory was not only objectionable to Pakistan; clearly China didn’t take it well too. For India, continuous road and railroads construction in the region by China is a constant security threat. China’s motivation for the development of such infrastructure comes from a desire to link Tibetan resources to the Chinese economy and to make the process of deployment of forces in the region more efficient.

The use of force from both sides is creating a volatile situation in the region considering the greater Kashmir problem that exists between China, India and Pakistan. The complexity of the situation is manifested in the difficult factual realities of the relations of the powers involved. With China’s close relations with Pakistan and the USA’s support to India against rising China and US-China rivalry, the situation is complicated to handle.  In a recent link established between Indian and Chinese authorities in Moscow alongside SCO’s summit, the leadership of both countries have pledged to ease tensions across the Line of Actual Control, nevertheless, the tensions are still mounting up. The blame game and continuous rejection regarding each other’s’ claims over the territories are not helpful in easing the tensions.

Despite the protracted border dispute between the two countries, one cannot forget that the two powers are interdependent on the economic front. The bilateral and multilateral economic relations between the states are well established. China has heavily invested in Indian companies as eighteen out of thirty of India's billion-dollar start-ups are funded by China.  Their cooperation in multilateral institutions like BRICS, AIIB and SCO are also well established. Their interdependent economic ties along with China’ aspiration of peaceful global rise should certainly outweigh the possibility of full-scale confrontation, nevertheless, if unsuccessful, the confrontation in the economic and political sector would also be observed. The appeal to boycott Chinese products in India has already found some appeal.

It is, therefore, important that both countries work on Confidence and Security Building Measures to develop a working formula to reduce tensions in the region. In international politics, it is said that you can choose your friends but you cannot choose your neighbours, thus making peace with them should be the only option. Their permanence demands establishing a respectful and cordial environment for promoting regional and international peace. Flexibility and a balanced approach are key in this regard. Both China and India need to subside old fashioned expansionist nationalism in order to contain the growing tensions. Until then, the situation in the Himalayan region would continue to constitute a threat that needs to be closely observed.

The author did her M.phil in International Relations from Kinnaird College, Lahore. Currently, based in Dubai and write occasionally on most current affairs.

Maria Khalid did M.phil in International Relations from Kinnaird College, Lahore. Currently, based in Dubai and write occasionally on most current affairs.

Bridging the past and looking into future