The legality of Indian air strikes in Balakot 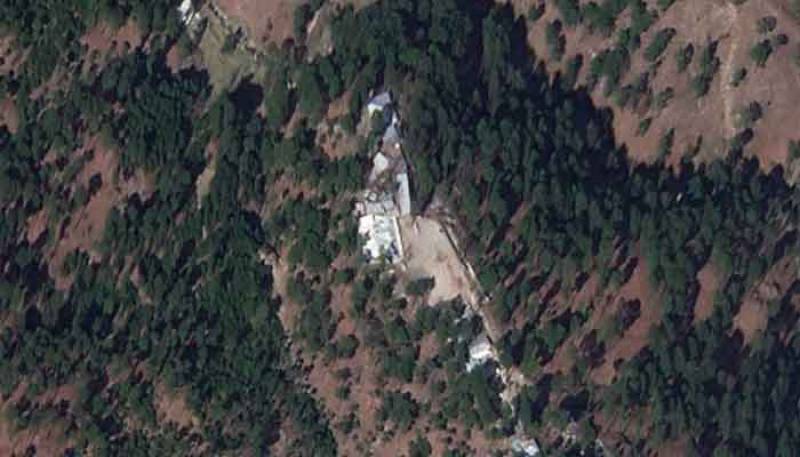 The trajectory of violence and bloodshed between Pakistan and India took a new turn after the Pulwama attack, which claimed over 40 lives of Indian paramilitary forces. Note that Pakistan based terrorist group – “Jaish e Mohammad”, soon claimed responsibility, which consequently jump-started a dangerous chain of events that could have easily spiraled out of control. The Indian Air Force conducted an air strike on 26 February in Balakot, ostensibly the hub of Jaish e Muhammad, in Khyber Pakhtunkhwa. The Pakistani Air Force responded in equal measure the very next day by not only carrying out air strikes but also downing an Indian Air Force MiG-21 and arresting the pilot.

The background information is of crucial import because it is important to question the legitimacy of air strikes in the twenty first century where traditional combat and warfare do not appear to be a tenable option, especially where two nuclear states are concerned. The Indian justification was contingent upon the concept of preemptive strike. The Indian Foreign Secretary believed that the strike was carried out “in the face of imminent danger” as they feared another terrorist attack on their soil. This made their action, or what they euphemized as a “preemptive strike” completely justifiable. It is important to note that the entire concept of preemptive strike is disputed as a controversial phenomenon under international law, despite a foreseeable threat. Despite this caveat, the Indian government did not extend credibility to their rhetoric in light of the rules and regulations articulated within international law. Invoking Article 51 of the UN Charter and defining their action as ‘preemptive self defence’ as opposed to ‘preemptive strike’ could have achieved this. Although Pakistan claimed that it had acted in self-defence, note that just like India, it did not invoke Article 51of the UN Charter, which allows states to recur to force as a measure of self-defence. The context in question is extremely complex because Article 51 can only be invoked if there is a state sponsored armed attack. Additionally, it needs to measure up to the gravity, scale and effects articulated by the ICJ in the context of Nicaragua, which in this case is doubtful at best.

Further, as noted earlier, it is important to analyze and define the contours of the Indian statement regarding possessing ‘credible evidence’ of another ‘imminent attack’. The concept of imminence, just like preemptive strike, is inexorably disputed due to its multitudinous definitions. Additionally, India has failed to bring their undisputed evidence into limelight, despite claims to the contrary, which has bathed their entire strike as an illegitimate retaliatory action that did not put a stop to JeM’s functioning and activities in Kashmir.

The concept of attribution is vital to the discussion because it was largely claimed that Pakistan’s unwilling attitude to take adequate action against JeM prompted India to take such a decisive action. Note that this itself puts the legality of the strike in question because any justification based on the ‘unwilling’ premise is deemed to be controversial because a) such blatant attribution warrants a direct military action as it is conveniently justifiable and b) renders any action cloaked in the language of self defence null and void. Note that within this context, India did not directly blame Pakistan for the Pulwama attack; it did not aim for Pakistan military’s encampments during the air strike; their target, ostensibly, was a JeM madrassah. The International Court of Justice in Armed Activities in the Territory of the Congo, concluded that Uganda’s attack on Congo was illegal, despite the fact that Congo had been unable to adequately suppress cross-border terrorist activities enacted by militant groups. Based on this precedent, it can be concluded that albeit India can hold Pakistan responsible for being unable to nip terrorism in the bud, however it does not warrant a direct military attack on Pakistani soil in any way.

Since it’s not an “armed conflict” between two organized armies, the question of legitimacy remains unanswered in International Humanitarian Law. In case of an organized armed conflict however, schools are never legitimate targets of attack. The question of legitimacy remains unanswered because of uncertainty and lack of evidence and therefore the possibility of exploitation. For instance, the KSA has been targeting civilian landmarks and justifying it on the basis of its claim that the rebels are using civilians as shields. If the government itself is funding non-state actors like in Syria, even then the chances of exploitation and civilian deaths increases. A very important question then arises: If the strike on JeM’s madrassah had resulted in people dying, what would then be the legality of targeting non-military targets in another country? This is a big loophole in the International Humanitarian Law because the nature of conflict has greatly shifted to asymmetrical warfare. If a state has enough evidence that the perpetrators of violence are residing within a certain territory and being funded by it then with the help of the state’s government, they can take an action. Approval of a state is needed otherwise it would just become an archaic norm. No state will ever admit to funding terrorism and it will all eventually come down to the universal definition of terrorism.

It is difficult to ascertain whether Indian air strikes were legitimate primarily due to lack of evidence. Even if the Indian government did have evidence, it was vital that they had coordinated with the Pakistani state instead of violating their sovereignty and setting dangerous precedents. Note that there are UN resolutions, which allow oppressed minorities to rebel and resist state sponsored aggression. Hence, it is vital that the Indian government somehow prove that JeM was operating in Pakistan instead of Kashmir to extend legitimacy to their air strikes, and that's highly unlikely to happen.

Sara Sultan is a human rights expert &amp; analyst who did her MSc in Human Rights from The London School of Economics.