Conservation in the light of Islam 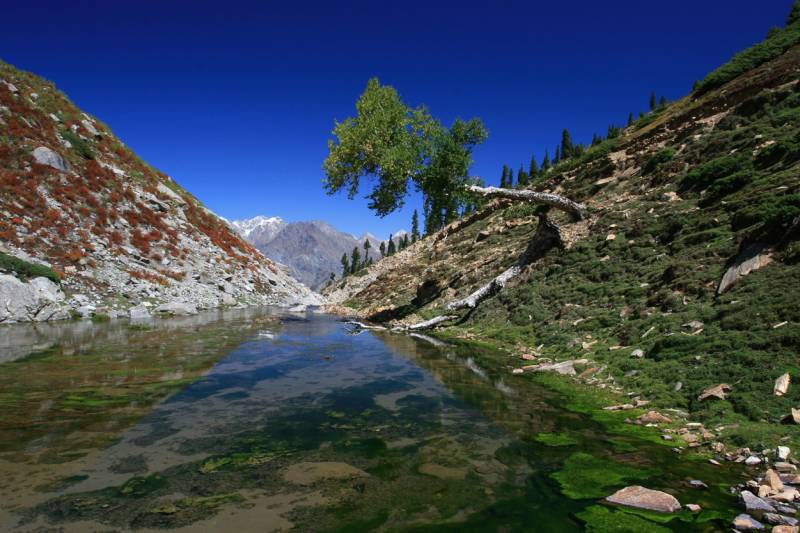 Allah Almighty has blessed human beings an environment best suited to their needs but as the population increased and engaged in rampant development, man demolished intentionally or unintentionally that very environment. At present the state of the environment has come to the point whereby our forests are vanishing, wildlife is decreasing day by day, also we have very little drinking water supply and the air we breathe in is polluted to an alarming level. Unexpected natural calamities are encircling mankind.

Islamic republic country Pakistan is well known for its geographical, cultural and natural resources and thus possesses high potential for tourism. Unfortunately, our country/heritage is facing various threats of environmental degradation due to unwise human activities, poverty and lack of education.

Pakistan is estimated to suffer a loss of 1 billion per day due to climate change, deforestation, massive air, water and land pollution and the loss of wildlife habitats resulting in loss of biodiversity. Water, Forests, Wildlife, natural Landscapes are the asset of a country and it is the responsibility of a country to save these assets.

Water is the most important element of life. Surface water in rivers is a big source of water in Pakistan but after the Indus Basin treaty with India the availability of water in Ravi, Satluj and Bias depends on the will of India. The construction of dams on these rivers by India led to severe scarcity of water in Pakistan. A lot of fresh water is wasted due to lack of awareness in public. People use tons of drinking water to wash cars, mop floors and in daily home tasks. Our religion is strictly against the wastage of water.

The Messenger of Allah (PBUH) discouraged wastage of water during ablution even at the bank of a running canal, water should not be used unnecessarily.

According to the World Bank, Pakistan became a water-stressed country (1,700 cubic meters per capita per year) around the year 2000 and only 40.724 percent of the urban population in Pakistan has access to a safe drinking water source.

Contaminated water can cause many types of diarrheal diseases, including Cholera, and other serious illnesses such as Guinea worm disease, Typhoid, and Dysentery. People are helpless to buy paid clean water to maintain their hygiene. Water-related diseases cause 3.4 million deaths each year.

Forests are the home for many species and help in maintaining the ecosystem. Deforestation is also a major issue in Pakistan. According to a report in 1990s 3.3% of the total area of the country comprised of forests that reduced to 2.2% by 2010.

Deforestation is a huge threat to humans as well as many other species of animals, plants birds and reptiles as it results in the destruction of habitat of these species that disturbs the ecosystem. We are losing the species like snow leopard, markhor and some migratory birds, shelter for natives and beauty of landscapes.  Deforestation also leads to rise in temperature of the environment overall.

For a fairly balanced environment and economy of any country, 25% of the total land should be under forests while Pakistan has very less area occupied by forests. Timber mafia is playing a negative role in KPK region for mass deforestation for furniture manufacturing. Islam focuses on the importance of trees in a way that there is a reward for the one who plants a tree in the end.

According to a 2015 United Nations Food and Agriculture Organization (FAO) report, the forest cover of Pakistan has been reduced to under two per cent of its land area — one of the lowest levels in the region. Similarly, according to projections in the WWF Living Forests Report, the amount of wood taken from forests and plantations each year may need to triple by 2050 even with increased recycling, reuse and efficiency.

It is the right time to take practical steps to address environmental challenges. Pakistan is facing deforestation, climate change and the depletion of freshwater resources which are adversely impacting the environment, health and economy of the country, only 2% forest cover remaining, the Prime Minister Imran Khan commitment to start large-scale plantations will help increase tree cover and reduce air pollution.

Solid waste management is a serious issue which individuals and the government need to tackle in order to protect local ecosystems. The dumping of sewage water and industrial waste into freshwater bodies must also be stopped. Prime Minister took note of the country’s water scarcity and aims to promote initiatives for efficient water management in the country. Imparting proper knowledge to the farmers and promoting agriculture research are a welcome move that can help increase crop yields and income generation capacity of the farmers.

The newly elected government’s vision will help achieve the Sustainable Development Goals (SDGs) and Agenda 2030. Most of the 17 SDGs are directly or indirectly linked to environmental sustainability, particularly those that address poverty, hunger, health and well-being, water and sanitation, clean energy, sustainable cities and communities, responsible consumption and production, climate action, life below water, and life on land.

WWF, thus, aims to drive national action on SDGs implementation around the world including Pakistan. The organization is ready to extend its support and expertise to the government in order to achieve the desired results, to stop the degradation of the country’s natural environment so that people may live in harmony with nature.

Keeping in view the current situation of the country, it`s the need of the hour to create change rather than waiting for it to happen. The government needs to play its part in this case by making laws about conservation of the environment and executing them strictly if anyone does the violation.

The general public has also their part to play. We as citizens of this country can play our role in conservation by changing our lifestyles a bit. We need to plant more and more trees and control the amount of litter produced every day at homes. We can also serve by not harming the natural habitat of animals and by not wasting water. These little acts of ours can save our country and the natural assets and environment for the upcoming generations.

Ahmad Younas is Officer Media and Communications at WWF-Pakistan, reach at ahmad.unas@yahoo.com

Muslims, we have to critically review our understanding of Islam