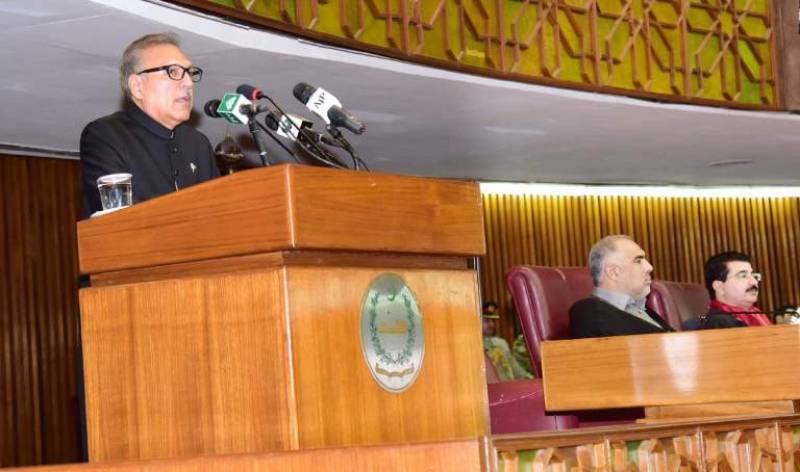 ISLAMABAD - President Arif Alvi addressed the joint session of Parliament and highlighted the Kashmir issue at length besides the domestic challenges faced by the incumbent Pakistan Tehreek-e-Insaf government.

Addressing the lawmakers on Thursday, in presence of Prime Minister Imran Khan, the chiefs of the navy and air force, and chairman of the Joint Chiefs of Staff Committee, the president said it was his constitutional responsibility to review the parliament's performance, amid protest by opposition lawmakers.

Arif Alvi said Kashmir was not the internal issue of India, adding that the government highlighted the issue on a global level. 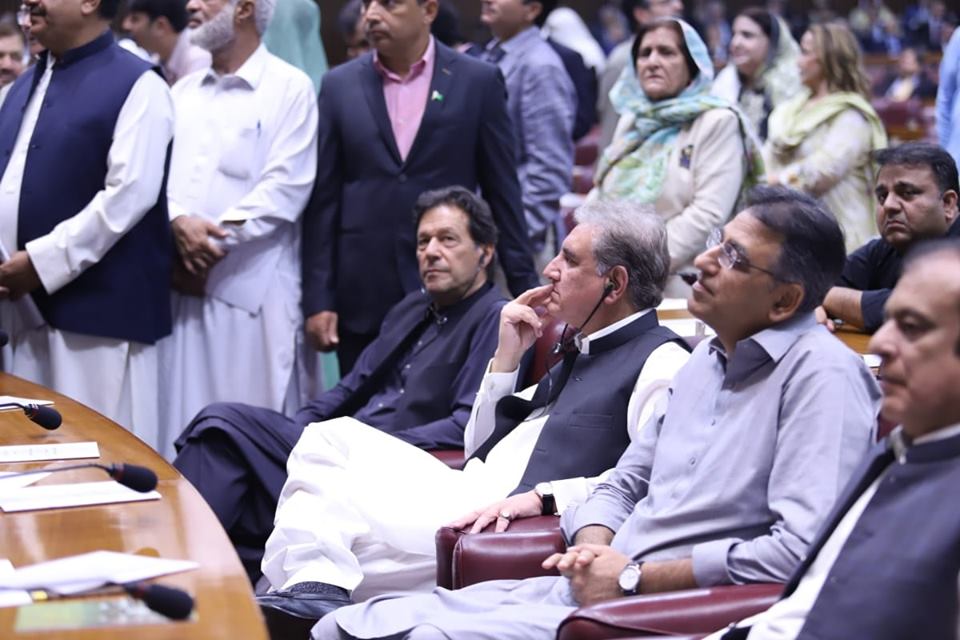 'The United Nations should depute observer mission in occupied Kashmir,' urged the president and added that Pakistanis would never leave Kashmiris helpless.

The president affirmed that media was free in the country, stressing the need for a responsible role to uphold the truth.

ISLAMABAD - President Dr Arif Alvi has urged the government and political parties to guide the nation in the right ...

President Alvi shared that Pakistan was desirous of a political settlement in Afghanistan, adding that transit routes would open after longtime peace in the war-battered country.

'Global community is admitting that there was no military solution to the Afghan crisis which is a triumph of our narrative,' said Alvi.

The president also dished in on ties with China, adding that investment would increase in Pakistan as free trade with China spikes.

President Arif Alvi said it was a big mistake on Pakistan's part to take part in someone else's war in past.

The president said the government introduced an online visa regime for 175 countries to boost tourism.

He, however, said the government should focus on reducing the electricity, gas tariff.

The president also highlighted the Clean and Green Campaign as well as measures taken by the government to tackle the energy crisis.

'The government should expedite the process to modernise the institutions,' the president stressed.

President Arif Alvi also urged the government to launch a campaign regarding population.

At one instance, the president urged the opposition to listen to him as well besides creating ruckus in the house.

The president admitted that as far as the economic situation of the country was concerned, Pakistan was passing through the most critical era.

'The government had to make tough decisions in budget 2019-20,' admitted the president.

The president highlighted that in a span of one year, 50 meetings of the cabinet were convened.

President Arif Alvi summoned both the sessions in exercise of powers conferred by clause (1) of Article 54 of the Constitution of the Islamic Republic of Pakistan. The National Assembly completed its first parliamentary year on August 12.