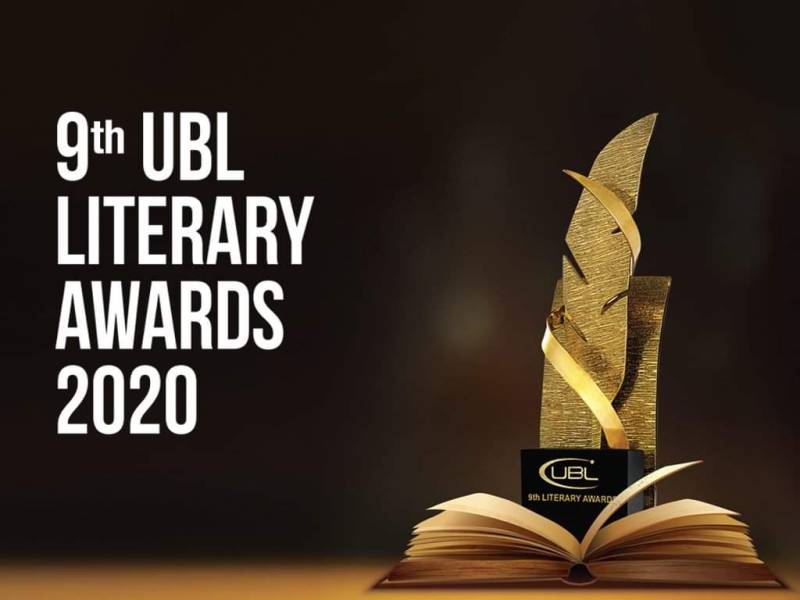 KARACHI - The winners of the 9th UBL Literary Awards 2020 were announced by UBL on their social media platforms on Tuesday, September 8, 2020. Celebrating the literary efforts of Pakistani writers form both within and outside Pakistan, UBL announced the winners of these awards for the ninth year running.

Despite the unprecedented conditions across the globe due to the Covid-19 pandemic, enthusiastic participation was witnessed after the call for entries announcement for the awards was released earlier in 2020. The books, which were written by Pakistani authors and published both within and outside Pakistan from July 1, 2018, to December 31, 2019, were shortlisted by an esteemed panel of judges which included the likes of Dr Asghar Nadeem Syed, Mr Ghazi Salahuddin, Dr Arfa Syeda, Ms Kishwar Naheed, Dr Anwaar Ahmad, Mr Masood Ashar and Ms Muneeza Shamsie.

Two new categories of Debut Book (both in English & Urdu), in addition to the existing eight, were awarded this time.

The winners from each category are:

The Lifetime Achievement Award was presented to Dr Asif Farrukhi (Late), renowned fiction-writer, critic and translator and esteemed judge of the UBL Literary Awards for his contribution to Pakistan’s literary landscape and his extraordinary body of work.

Mr Shazad Dada, President & CEO UBL, in his message on UBL Social Media platforms, said “As a responsible Corporate Citizen UBL has played its part in the betterment of society through many of its own efforts. The UBL Literary Awards have been a cornerstone of one of our initiatives of giving back to society through literature.”