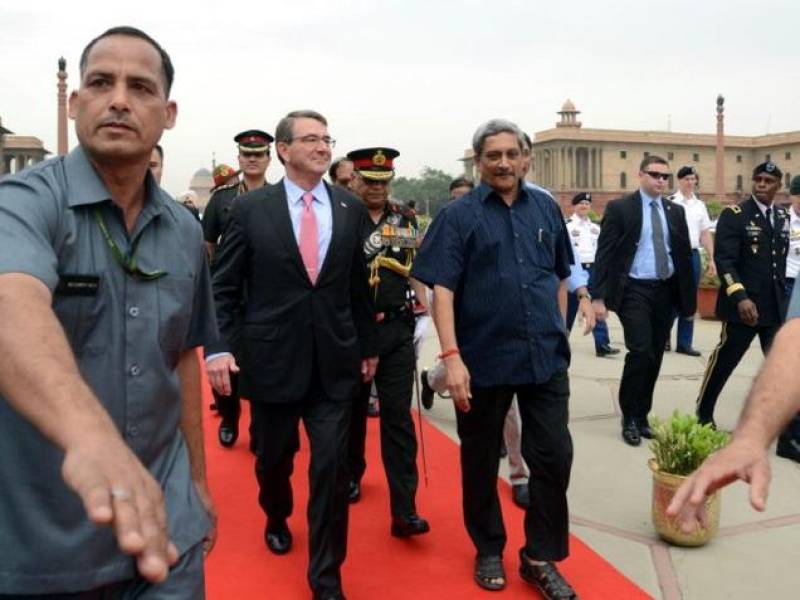 NEW DELHI (Staff Report) - In a principled move, India and the United States have both agreed to share military logistics to counter the maritime assertiveness of China.

In a meeting between US Defence Secretary Ashton Carter and Indian counterpart Manohar Parrikar in New Delhi, the two countries agreed to further strengthen their bilateral ties.

Both the countries also agreed to the terms of a new agreement that allows the two militaries to use each other's land, air and naval bases for resupplies, repair and rest.

India and United States will now work closely together in the Indian Ocean.

A statement from the US embassy in India said that Ashton Carter's visit will further advance the US-India security ties towards development of new partnerships and modernising a long-standing alliance.

During the three-day visit, US Defense Secretary Ashton Carter has also visited India's Karwar Naval Base in Karnataka. He also went on board the Indian Navy's aircraft carrier INS Vikramaditya.