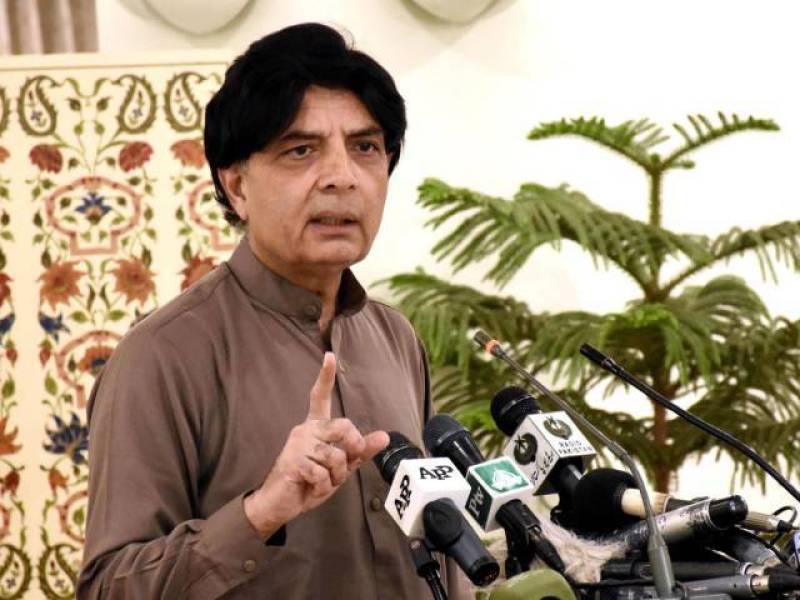 The interior has said the Prime Minister has cardiac problem for the last few months and he has been getting treatment from London. "The prime minister will be back on doctor's advice", he said.

“Prime Minister Sharif has a chronic heart problem. He was advised rest by his doctors three days ago,” Nisar told the media men while addressing news conference in Islamabad.

He said that Prime Minister Sharif did not go to London to meet any political figure. Urging the opposition to refrain from point scoring on medical issues.

He said that Prime Minister Sharif had announced the formation of judicial commission to investigate allegations of offshore companies. But due to politicking by some leaders, many respectable former judges, including former Chief Justice Nasir ul Mulk and Tasadduq Hussain Jailani, excused themselves from heading the commission.

He noted that judges were now hesitant to become part of the commission.

“If keeping foreign property is unlawful for Prime Minister’s family, it also applies to Imran Khan, Asif Zardari and all others,” he said.

The interior minister said that government was ready to allow the PTI to hold a rally anywhere in Islamabad other than Red Zone. “There is a complete ban on any political activity in Red Zone,” he said.

The interior minister said that he was leaving for Germany on a two-day visit to be with his ailing wife.