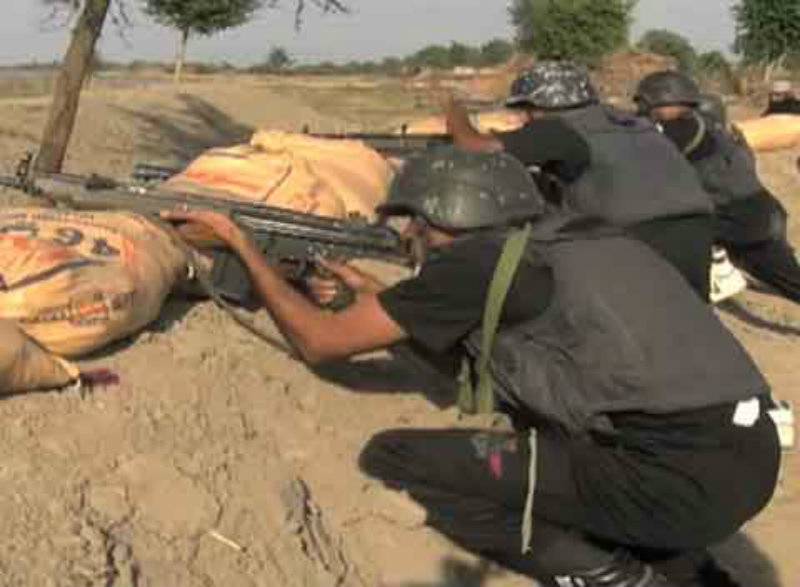 RAJANPUR (Staff report) – At least three police officials were martyred, while 16 others were held hostage by Chotu gang in an operation against the gang on Wednesday.

Operation against Chotu Gang has entered its 16th day while the Rangers and police personnel have made special ships to advance towards Kacha Moro, Kacha Jamal 1 and Kacha Jamal 2.

More than 1,600 personnel belonging to Counter-Terrorism Department (CTD), Rangers, army and Punjab police have cleared around 70 percent Kacha area while more than 50 check posts have been established.

Meanwhile, a control room has also been formed in Rahim Yar Khan whereas Inspector General (IG) Punjab is frequently inspecting all the activities.

A helipad was also established in the area.

At least 160 dacoits and miscreants backed by terror outfits and anti-state elements have been copped so far in security operation in Kacha Jamal area.

Gang’s leader, Ghulam Rasool Bakhrani alias Chotu with head money of Rs 20 lac while as many as 48 cases pertaining to kidnapping for ransom, murder, dacoities among other crimes are registered against him in different police stations.