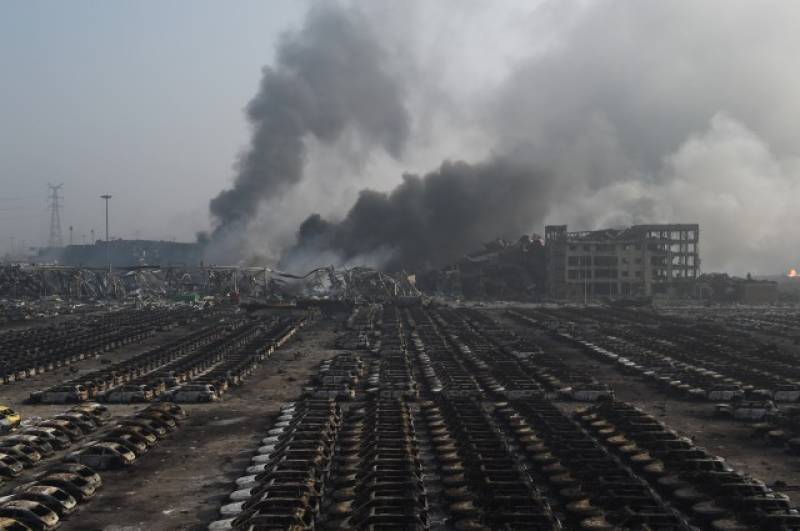 TIANJIN (APP) - A series of massive explosions at a warehouse in the northern Chinese port city of Tianjin killed 44 people, state media reported Thursday, as witnesses described a fireball from the blasts ripping through the night sky.

An AFP reporter at the scene saw shattered glass up to three kilometres (two miles) from the blast site, after a shipment of explosives detonated in an industrial zone raining debris on the city.

Plumes of smoke still billowed over buildings hours after the explosion, which occurred around 11:30 pm (1530 GMT) local time.

“The fireball was huge, maybe as much as 100 metres tall,” said 27-year-old Huang Shiting, whose house is close to the port area of the city where the explosion took place.

“I heard the first explosion and everyone went outside, then there was a series of more explosions, windows shattered and a lot of people who were inside were hurt and came running out, bleeding,” he told AFP.

State broadcaster CCTV said 44 people were killed and more than 520 hospitalised, adding in a Twitter post that President Xi Jinping had urged “all-out efforts to rescue victims and extinguish the fire”.

Communist Party newspaper the People’s Daily said in a post on Chinese social network Weibo that more people remained trapped by a huge fire unleashed by the explosives.

Images obtained by AFP showed residents, some partially clothed, running for shelter on a street strewn with debris.

Between 300 and 400 injured people had arrived at a single hospital, according to the Beijing News, which also cited a worker at another health facility saying there were too many new patients to count.

Mei Xiaoya, 10, and her mother were turned away from the first hospital they went to because there were too many people, she told AFP.

She described how all the windows of her home and the door were destroyed in the force of the explosion.

“I’m not afraid, it’s just a scratch,” she said pointing to the bandage on her arm. “But mum was hurt badly, she couldn’t open her eyes.”

Hospital staff said most of those that arrived overnight had been discharged.

The magnitude of the first explosion was the equivalent of detonating three tonnes of TNT, the China Earthquake Networks Centre said on its verified Weibo account, and was followed by a second stronger blast equal to detonating 21 tonnes of the explosive.

It was not clear, however, what caused the shipment of explosives to detonate inside a storage container. 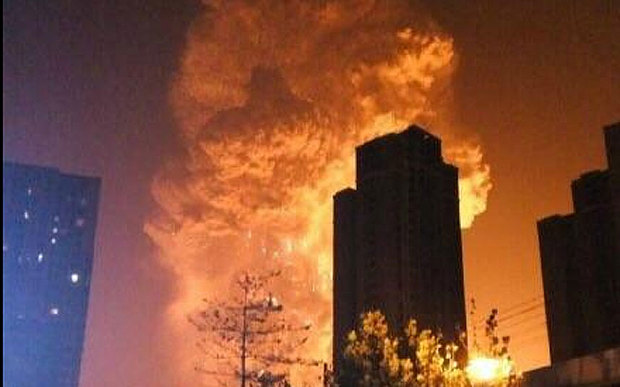 Two firefighters called to the scene were missing, Xinhua reported, as 10 emergency teams and 35 fire trucks battled the blaze.

Much of the area surrounding the explosion is made up of construction sites for residential and office buildings. Worker dormitories, built of flimsy sheets of thin metal, were torn apart by the blast.

At the city’s TEDA hospital, close to the blast site, Zhang Hongjie, 50, sat with his head wrapped in bandages, his arms covered with small cuts from flying glass.

“The explosion was terrifying, and I almost passed out,” he told AFP. “I’m sorry, I still can’t think straight, I’m a bit confused,” he said.

China has a dismal industrial safety record as some factory and warehouse owners evade regulations to save money and pay off corrupt officials to look the other way.

In July, 15 people were killed and more than a dozen injured when an illegal fireworks warehouse exploded in northern Hebei province. 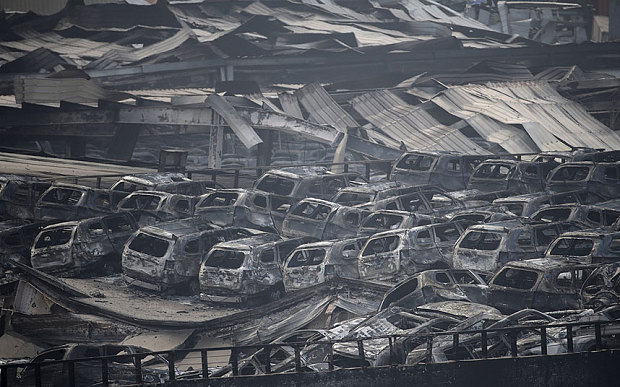 And at least 71 were killed in an explosion at a car parts factory in Kunshan, near Shanghai, in August last year.

Tianjin, which lies about 140 kilometres (90 miles) southeast of Beijing, is one of China’s biggest cities, with a population of nearly 15 million people according to 2013 figures.

A manufacturing centre and major port for northern China, it is closely linked to Beijing, with a high-speed train line cutting the travel time between them to only 30 minutes.

Like Shanghai, several countries were granted trading “concessions” there during the 19th and early 20th centuries — settlements which were administered by a foreign power — starting with Britain and France in 1860. 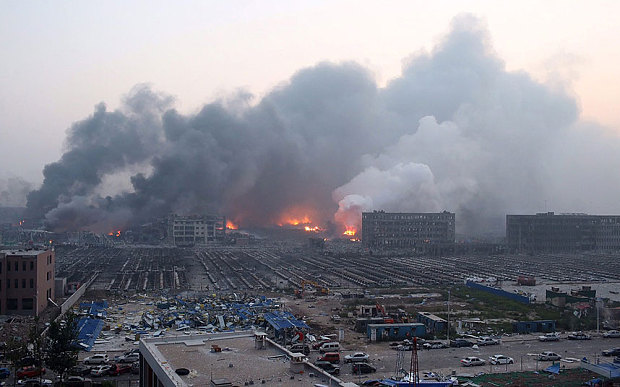 It is one of only four cities in China — along with Beijing, Shanghai and Chongqing — to have the status of a province.