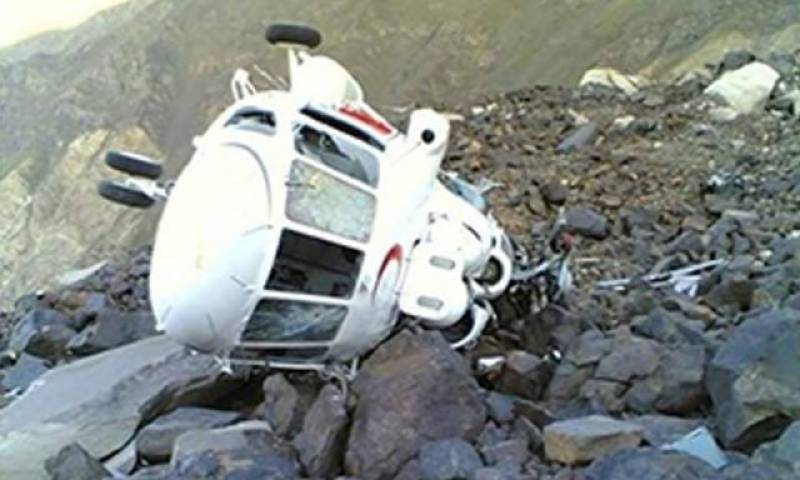 ISLAMABAD (Web Desk) - The six-member crew of Punjab government`s Mi 17 helicopter that had crash-landed in Afghanistan have safely returned to Islamabad on Saturday (Today). Reportedly, the crew includes six Pakistanis and a Russian pilot.

According to multiple media reports, militants in Afghanistan's Logar province have released the crew of Pakistani helicopter and the members are now hale and hearty in federal capital Islamabad.

The incident took place when the helicopter made an emergency landing in Logar on August 4.Reports also indicated that Taliban were willing for a prisoner swap for the chopper's crew members, but it is not clear so far that whether the five Pakistani nationals and a Russian technician were released after a deal with the insurgent group.

Earlier Saleh said the helicopter appeared to have caught fire on landing. However, some residents in the area said the Taliban torched the chopper after it crashed.

The government of Pakistan is yet to confirm the recovery of chopper crew.