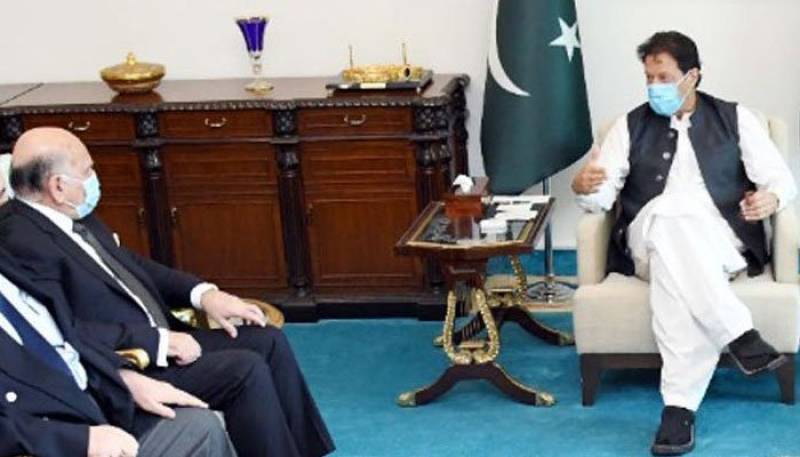 Visiting foreign minister arrived in Pakistan on Wednesday for a two-day visit at the invitation of Pakistan’s Foreign Minister Shah Mahmood Qureshi.

Dr Hussain was welcomed warmly by PM Khan, who reaffirmed Pakistan’s close ties with Iraq and said they were founded on faith and culture.

Talking to Hussein, the premier appreciated Iraq’s efforts to rebuild the country and conveyed his best wishes for the upcoming parliamentary elections.

The prime minister reiterated that his invitation extends to the Iraqi Prime Minister and expressed a desire for the visit to happen soon.

In the regional context, the PM highlighted the importance of resolving issues with dialogue and diplomacy.

Discussing Afghanistan, it was reiterated that in Pakistan’s view there is no military solution and the only way forward is a negotiated political solution.

While discussing various aspects of bilateral relations, the Prime Minister underscored the importance accorded by Pakistan to further deepening and broadening mutual cooperation with Iraq in diverse fields.

The prime minister urged the international community to reinforce settlement efforts in Afghanistan as peace in the country was a shared responsibility.

Hussein extended the Iraqi leadership’s greetings to the prime minister and affirmed Iraq’s desire of forging a stronger relationship with Pakistan. He conveyed the Iraqi prime minister’s invitation to Prime Minister Imran Khan to visit Iraq.