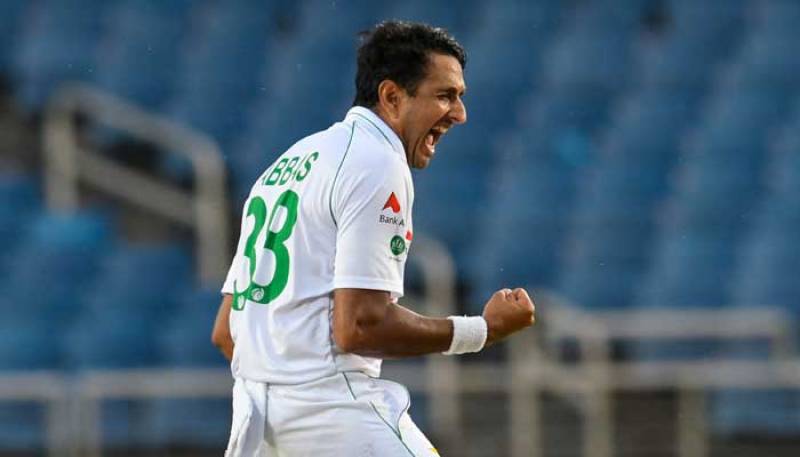 KINGSTON – Mohammad Abbas’ strikes Thursday put West Indies on the back foot after Pakistan were bowled out on 217 on the opening day of the first Test played at Sabina Park.

At 2-2 going into the second day, with captain Kraigg Brathwaite and Roston Chase set to resume the innings.

Earlier, West Indies won the toss and asked Pakistan to bat first. The tourists lost their openers Imran Butt (11) and Abid Ali (9) with 21 runs on the board.

Mohammad Rizwan fell for a quickfire 23 off 30 balls which left Pakistan wobbling at 101 for five.

Left-hander Fawad Alam joined hands with all-rounder Faheem Ashraf for an 85-run sixth-wicket alliance that took the visitors to 186 before Faheem was run out for 44 (66 balls, eight fours).

Fawad top-scored with 56 which turned out to be his first Test half-century, the southpaw had earlier converted his first four career fifties into hundreds. Fawad hit six fours in his typically gutsy 117-ball effort.

In the morning session of play only 17 overs were possible as heavens opened with Pakistan placed at 34 for two.

Pakistan roared back in contention as pacer Mohammad Abbas accounted for opener Kieran Powell and Nkrumah Bonner on successive deliveries of the third over of the West Indies innings.

The hosts finished the day at two for two after four overs of play, they will begin day-two trailing Pakistan by 215 runs.