IS not representative of Islam, world looks to us to help resolve problems: President Obama in farewell SOTU address 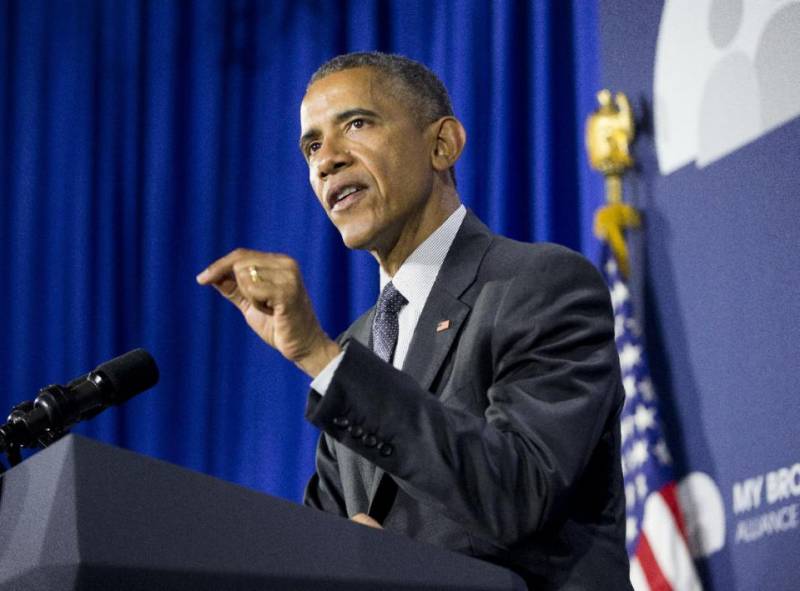 WASHINGTON (Staff Report) - United States President Wednesday said that middle east based terrorist group Islamic State is not true representative of Islam but its the propaganda of group which is being spread worldwide.

In his farewell address to Sate of the Union, Obama said that many of the countries will still face problems even after destruction of ISIS and the world is looking to us to help resolve the issues. Middle east is currently is total mess and others like Africa, Afghanistan and Pakistan is easy prey to such mindset, he said.

He further added that United States cannot resolve the problems of every country but we cannot leave our allies in the middle of such problems. The justice that was served to Osama bin Laden, Binghazi attackers and al-Qaeda will also be served to ISIL, he vowed.

"As this is the election year, people are not interested in listening to my plan for the year but I will speak to them about the coming five year or even ten or more, because today America's economy is most stable of all time," the US president said.

"As someone who begins every day with an intelligence briefing, I know this is a dangerous time. But that’s not because of diminished American strength or some looming superpower. In today’s world, we’re threatened less by evil empires and more by failing states."

"With nearly 10,000 air strikes, we are taking out their leadership, their oil, their training camps, and their weapons. We are training, arming, and supporting forces who are steadily reclaiming territory in Iraq and Syria."

Defending his decision to restore diplomatic ties with Cuba, he said fifty years of isolating Cuba had failed to promote democracy, that’s why we restored diplomatic relations, opened the door to travel and commerce, and positioned ourselves to improve the lives of the Cuban people.

While concluding his address Obama said that he was much optimistic about the future of United States of America because he believes in it and stands confident that the State of our Union is strong.